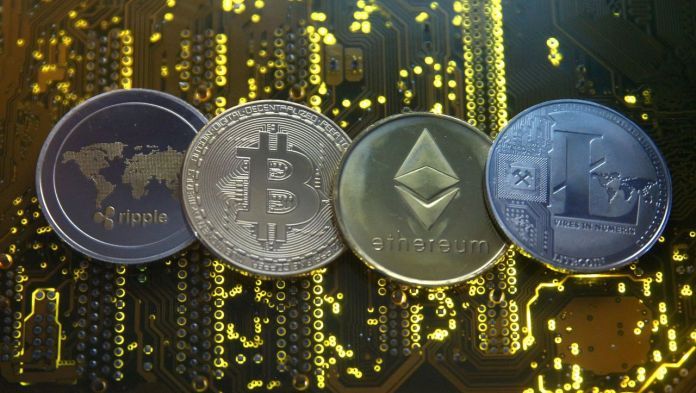 A new function in PayPal should make cryptocurrencies “significantly more useful,” as the company announced on Tuesday. With “Checkout with Crypto”, users could “seamlessly” sell parts of their crypto-currency balances within their PayPal account, that is, exchange for dollars (and then, if necessary) other conventional currencies and thus pay in “millions of global businesses”.
Initially, PayPal supports the four cryptocurrencies Bitcoin, Bitcoin Cash, Ether and Litecoin. The new function will initially only be available to US customers – starting today. The prerequisite is the establishment of the PayPal online wallet, which was introduced in 2020, in which the four crypto currencies can be managed. PayPal has not yet answered a request as to when the function will come to Germany.
As an additional option in addition to credit and debit cards or direct debit, “Checkout with Crypto” is offered for every payment process for which the customer has sufficient cryptocurrency credit, it is said.

“The next chapter on mass acceptance”

According to the company, there is no transaction fee, and there are no additional fees for PayPal merchants. In the terms of use, however, PayPal makes it clear that it also earns money from the sale of cryptocurrencies on its platform with “Checkout with Crypto”. For users, the advantage lies not least in the security promises made by PayPal, including protection against fraud and the ability to return purchased goods.

PayPal CEO Dan Schulman said the ability to shop with cryptocurrencies anywhere in the world represents “the next chapter in mass adoption of digital currencies.”

After the announcement, PayPal gained around one percent, Bitcoin rose by more than three percent to $ 59,170. Last week, Tesla began accepting Bitcoin when buying its electric cars in the United States.

Health industry defends itself: “Switzerland has no control over Sars-CoV-2 at...

Unna district reports a new infection and a death for Selm