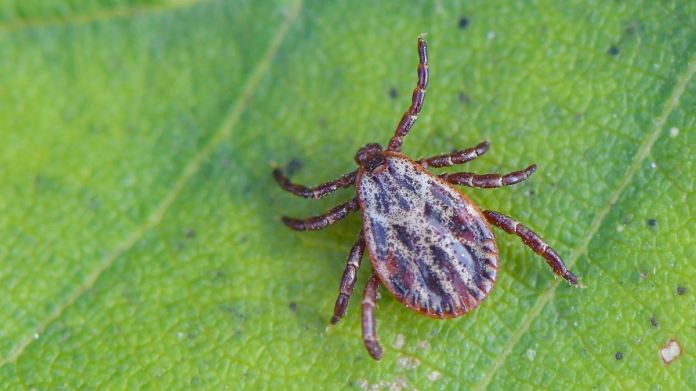 Tick-borne encephalitis (TBE) is spreading in Germany. The Robert Koch Institute therefore classifies five other regions as risk areas. For the first time, it also hits a region in Saxony-Anhalt.
Five other regions in Germany have been classified as risk areas for tick-borne encephalitis TBE – including an area in Saxony-Anhalt for the first time. It is the city of Dessau-Roßlau, as can be seen from the current epidemiological bulletin of the Robert Koch Institute (RKI) in Berlin.

A new district has also been added in Bavaria (Dillingen ad Donau), Hesse (Fulda), Saxony (central Saxony) and Thuringia (Weimarer Land). A total of 169 districts are now defined as TBE risk areas. In general, there is a risk of TBE infection in Germany, especially in Bavaria and Baden-Württemberg, in southern Hesse, in south-eastern Thuringia and in Saxony, according to the RKI. Individual risk areas are also in Central Hesse, Saarland, Rhineland-Palatinate and Lower Saxony.

The classification as a risk area is based on disease data from several years. In these regions, people who might come into contact with ticks in their leisure time or at work, for example, are recommended to have a TBE vaccination.

In 2020, 704 TBE cases were reported, more than ever since data collection began in 2001. In the previous year, the number was 445, in 2018, the year with the largest number of cases, it was 583. It is currently being investigated whether the significant increase during the corona pandemic could possibly be related to a change in leisure behavior, according to the report. The number of cases generally fluctuates considerably from year to year. According to the RKI data, the majority of the illnesses take place in the months of May to October.

TBE begins with symptoms such as headache and fever. In a small proportion of those infected, after a period without symptoms, a second phase with meningitis, encephalitis or spinal cord inflammation can occur. The disease can be fatal: in 2020 in one case. A vaccination offers the most reliable protection against TBE. The vaccination rates in the affected regions are often still very low, according to the RKI.

Rally Dakar: Matthias Walkner in third place at the start