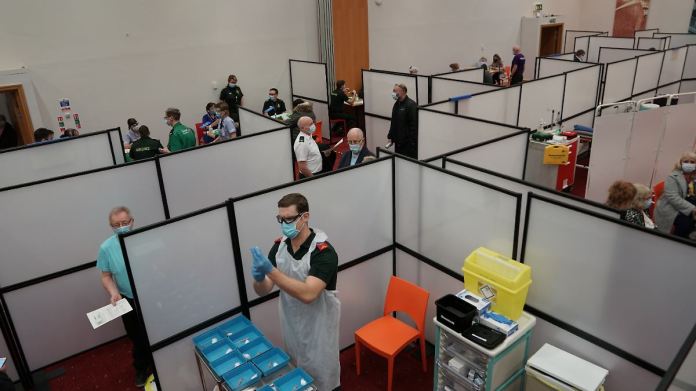 “Booster” against mutations
The British are already planning the third vaccination

Even if the vaccination campaign in Great Britain is progressing rapidly, there is growing concern about dangerous virus variants. In order to be prepared for the future, the first refreshments should start as early as September. By then, eight approved vaccines could be available.
To protect against new variants of the coronavirus, people in the UK are said to receive a third vaccination. Over 70-year-olds could get this “booster” vaccination as early as September, said State Secretary Nadhim Zahawi of the Daily Telegraph. Medical staff and nursing staff should then also receive their third dose within ten months.

Eight different vaccines would likely be available by the fall, Zahawi said. “Whatever the virus, we’ll be ready.” The State Secretary announced that drive-through vaccination centers will soon open. You could then be vaccinated in the car, for example. This should reduce the vaccination skepticism of younger people as soon as it is their turn, said Zahawi.

“Farmer is looking for a wife” -Iris Abel amazes with a...

Board reproaches its own fans for criticism