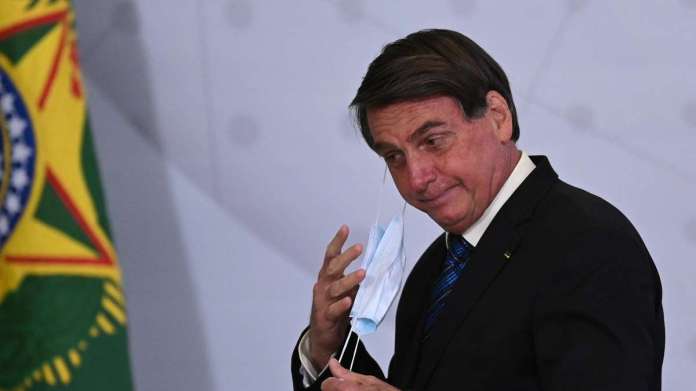 The corona pandemic hits Brazil particularly hard. The number of deaths peaks for the second day in a row. The reason for this could also be carnival celebrations.

Update from Thursday, March 4th, 2021, 7.30 a.m .: With more than 1900 Corona deaths hat Brazil recorded a new high for the second day in a row. The country’s health authorities reported on Wednesday (local time) 1910 Deaths by Covid-19 within 24 hours. This has increased the number of in Brazil reported Corona deaths to 259.271. More Corona-Tote is only available in the USA. “For the first time since the beginning of the pandemic, we are seeing a deterioration in the situation across the country,” said the state health institute Fiocruz before the figures were published. “The situation is alarming.”

Cause of the recent increase in Infections are, according to experts, among other things, the celebrations for brazilian carnival. Assembly bans apply in individual states and major cities. However, there are no national exit restrictions as in other countries. Brazil head of state Jair Bolsonaro stands because of his dealings with the Corona-Pandemie has long been the subject of criticism. He had the danger from that Virus since the beginning of pandemic downplayed. Most recently, according to the news agency afp, he even demonstrated the benefits of Vaccinations in question.

Corona is raging in Brazil: More than 1,600 dead within 24 hours

Update from Wednesday, 03.03.2120, 7.30 a.m .: Brazil has captured in one day Corona-Toten registered a new high. 1641 people died within 24 hours, according to data from the Ministry of Health on Tuesday (local time). The previous high was on July 29th at 1595. In total, there are 257 361 people associated with in Brazil Covid-19 died. 59 925 people were newly infected, which is the number of Corona-Infected in the largest country in Latin America rose to more than 10.6 million. Only in the USA and India are the numbers even higher.

Corona is raging in Brazil: increasing criticism of Bolsonaro

First report: Brasilia – Brazil is among the countries most strongly affected by the Corona-Pandemie are affected. And a right-wing president exacerbates the situation, as the British newspaper “Guardian” reports.

Last week (February 22-28, 2021), the weekly average number of deceased was the highest since the Corona pandemic in Brazil reached in February 2020. According to Johns Hopkins University, there have already been more than 10 million cases in the country, with around 209.5 million inhabitants. With around 255,000 deaths it points Brazil round ten percent of global deaths in connection with the Coronavirus on. At the same time, the “Brazilian variant” of the coronavirus is spreading further.

Criticism of Bolsonaro’s handling of Corona in Brazil

The criticism of dealing with the crisis through Brazil’s President Jair Bolsonaro comes from different political camps. “We are living through one of the worst moments in our history,” said center-right politician Tasso Jereissati, for example. Renato Casagrande, governor of Espírito Santo state and left-wing, told the UOL portal that Bolsonaro’s behavior in Brazil had cost lives.

According to the newspaper O Globo are in 17 of the 26 Brazilian states hardly any capacity in the intensive care beds free. In six states and the capital Brasília there should be no more free beds. Experts fear that the Death toll could rise to more than 2,000 a day. Nevertheless, only around 3.8 percent of Brazilians are vaccinated against the corona virus. Most recently, “wind vaccinations” caused a sensation in Brazil. People were given an injection but no vaccine was injected.

Dealing with the pandemic probably also results from the attitude of the president. He sees in the Corona-Pandemie nothing more than “a flu”. In December, Bolsonaro even had that End of pandemic in Brazil announced.

Still can Jair Bolsonaro Farther make up ground politically. It was not until February that several of the candidates he supported were elected to the Senate and Lower House of Brazil. Meanwhile, on the street, more and more people are making their own Trouble with Bolsonaro Air. Graffiti calls for impeachment, billboards become the target of vandalism. Also Protests has already existed in the past few weeks, both from the right for Bolsonaro and from the left against the incumbent president.

Despite the tense situation, there is no improvement in sight. Of the Health council therefore called for a nationwide Curfew between 8 p.m. and 6 a.m. The curfew is intended to help prevent the corona virus from spreading further in Brazil. “The National Council of Health Commissioners (CONASS) is in favor of the immediate adoption of measures to avoid the impending collapse of the public and private health systems,” the experts wrote in an open letter on Monday (March 1st, 2020). If Bolosanro but will follow this recommendation is questionable. (Marcel Richters with Guardian)

Both belong in the depot: VW or Tesla – this is...

“Farmer is looking for a wife”: Scandal after the end of...

“The Masked Singer”: Show without a favorite: what that means for...

Another increase in CoV cases in hospitals

“Heavy bleeding”: Nico Schwanz is back in the hospital

Out of respect for the indigenous peoples: Australia changes national anthem... 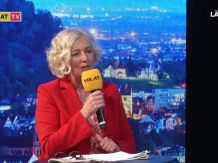