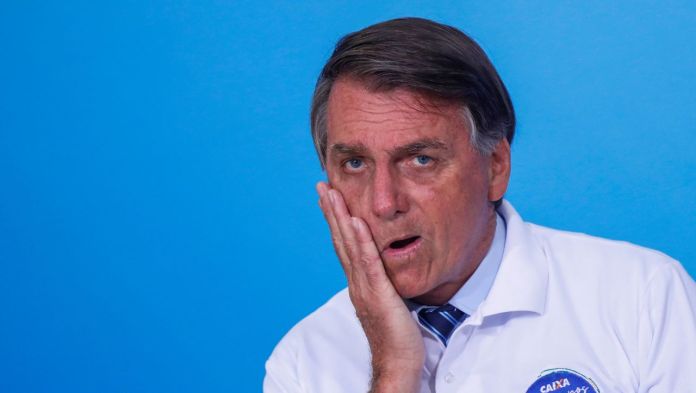 Brazil became the second country in the world after the United States to report more than 3,000 corona deaths in a 24-hour period on Tuesday. In view of the ongoing public pressure for a resolute fight against the pandemic, President Jair Bolsonaro has now reacted: He announced the establishment of a crisis committee on Wednesday.
There is an “obligation to keep the effects of the pandemic as small as possible,” said Bolsonaro after a meeting with high-ranking officials in the presidential palace in Brasilia. “Life comes first.”
A coordination council has been set up to fight the corona pandemic, said Bolsonaro. The 27 governors, representatives of parliament and Health Minister Marcelo Queiroga are represented on this body. It will meet once a week under the leadership of Parliament President Rodrigo Pacheco.
Overall, the number of corona deaths in the South American country is now 300,000 (read an analysis here). After the meeting in the presidential palace, all participants appeared with protective masks – including Bolsonaro, who had rarely wore a mask at previous public appearances since the beginning of the pandemic.
“Bolsonaro played down the pandemic for twelve months,” criticized the daily newspaper “Folha de S. Paulo”. For a long time the president refused to wear masks and “sabotaged” the negotiations for the purchase of vaccines.

In a televised address, Bolsonaro announced that the entire population of Brazil would be vaccinated by the end of the year. So far, the vaccination rate has only been 5.2 percent. Bolsonaro also struck a new note towards the victims of the pandemic. In his speech on Tuesday he assured “everyone who has lost a loved one” his solidarity.

A particularly contagious variant of the coronavirus, which was first discovered in Manaus, the capital of the state of Amazonas, is rampant in the country. The health system is now completely overwhelmed, in most states the intensive care units are on the verge of collapse. In the capital Brasilia, 400 people are currently waiting for a bed in the intensive care unit. In six states, the oxygen for ventilation of Covid sufferers is also running out.

Bolsonaro wants to run again in the presidential election next year. With the return of the left-wing ex-head of state Luiz Inácio Lula da Silva into politics, he is threatened with a serious challenger.

Corona lockdown: How many people can you celebrate New Year’s Eve...

The Pedestrian: The unusual puzzler has an appointment

League of Legends – Get ready for Gwen