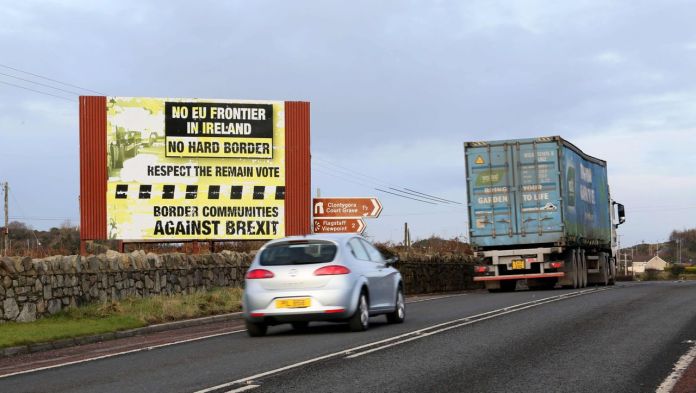 In the dispute over Brexit rules for the British province of Northern Ireland, London has apparently once again presented the EU with a fait accompli. As the PA news agency announced, an import ban on plants potted in soil from Great Britain has been temporarily lifted. This also applies to plants or vegetables from Great Britain that still have traces of soil attached.
The ban on potted plants caused problems in particular for nurseries – critics of the so-called Northern Ireland Protocol in the Brexit treaty cited the rule as evidence of excessive and disproportionate bureaucracy.

The aim of the laboriously negotiated Northern Ireland Protocol is to prevent border controls between the British province and the EU state Ireland – and thus new violence in the former civil war region. The Brexit agreement provides that Northern Ireland will continue to follow the EU rules on product standards and customs regulations. The result is a trade frontier within the UK. Imports from Great Britain to Northern Ireland must therefore be controlled and comply with EU requirements.

In addition, the British government relaxed strict rules for the transport of agricultural and forestry machinery from Great Britain to Northern Ireland. In London, a government spokeswoman said some provisions of the protocol had “direct and often disproportionate effects on lives and livelihoods.”

No ticket replacement for short-term relocation

Axel Witsel speaks up after a successful operation