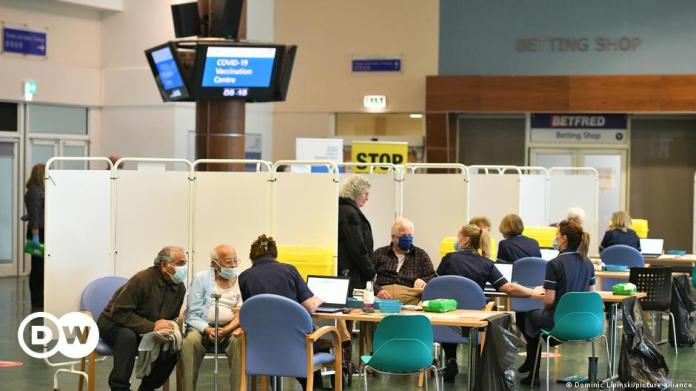 The minister in charge, Nadhim Zahawi, told the Daily Telegraph newspaper that people over the age of 70 and people with high health risks could get this booster vaccination as early as September. Medical staff and nurses should then also receive their third dose within ten months. By autumn, eight different vaccines would probably be available, including some that can protect against variants, Zahawi emphasized. “Whatever the virus, we’ll be ready.”

The vaccination minister announced that drive-through vaccination centers will soon open. You could then be vaccinated in the car, for example. This should reduce the vaccination skepticism of younger people as soon as it is their turn, said Zahawi.

The government has announced that all adults will receive a first dose of vaccine against the coronavirus by the end of July. So far, around 30 million people have had their first dose injected, more than half of adults. The UK has recorded more than 126,000 confirmed corona deaths to date.

However, with the spread of more contagious varieties, there is growing pressure on the government to ensure the vaccination program is successful. The Guardian newspaper reported that the cabinet had discussed an expansion of the “red list” of high-risk countries. Anyone entering from these areas must be in hotel quarantine for ten days at their own expense.

Boris warns of the third wave

British Prime Minister Boris Johnson meanwhile warned of a new spread of the coronavirus in the United Kingdom. It is unclear what effects a third corona wave on mainland Europe will have for the country, Johnson said at an online meeting with members of his conservative party. The “bitter experience” is that Great Britain will be met three weeks after Europe.

The head of government emphasized that he was sticking to his timetable for easing the strict corona rules. Accordingly, from this Monday on, meetings of two households or up to six people are again allowed in the largest part of England. Non-essential shops and outdoor restaurants are not allowed to open until April 12th at the earliest. The government urged the population to exercise caution.

A few days before Easter, Federal Health Minister Jens Spahn has put people in Germany in the mood for the corona lockdown to continue beyond the holidays. “If we take the numbers, we need another ten or 14 days to shut down our contacts and mobility properly,” said the minister in a discussion group. This is a lockdown, “as we experienced it at Easter last year.” If the third wave of infections can be broken, opening steps accompanied by tests are possible. “There are already models that show that it works,” said Spahn, referring to the example of Tübingen.

The prerequisite is “that we get the infection process under control,” said the minister. “Intensive care medicine is also getting full again with COVID-19 patients”. The Robert Koch Institute reported 20,472 new infections on Saturday, around 4,000 more than a week ago. The seven-day incidence rose to 124.9.

Spahn was confident about the progress of the vaccination campaign. 15 million vaccine doses are expected in April. In the entire first quarter there were a total of 19 million. The family doctors would now be included first, followed by the company doctors.

GTA 6: Rockstar should get more development time – The reason...

Nations Cup and both sexes to Switzerland

A portrait of Austria’s opponents in qualifying – 12th man

Deutsche Bank needs the help of the Volksbanks for payment

The district administration of the MfS in Berlin-Friedrichsfelde and its dissolution...