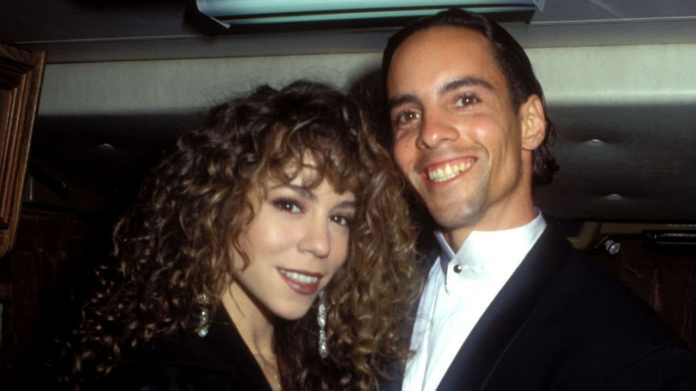 In this family the house blessing hangs neatly crooked.

In September 2020, pop star Mariah Carey (51) published her memoir “The Meaning of Mariah”. Who doesn’t get away well with it like that at all? Your own family! In the book she hands out violently against the clan.

Spicy enough for her siblings to sue her now. The reason: slander.

In her book Carey writes, among other things, that she was just an “ATM with a wig” for her family. Sister Alison (58) gave her Valium and tried to put her on the line.

Her brother Morgan (61) is portrayed as a drug dealer and thug, among other things. He is said to have beaten his mother and for a certain sum of money even given the task of killing someone. In addition, he is said to have had such a clash with his father that twelve police officers approached.

In early February it was announced that Alison was suing her famous sister’s book. Mariah is said to have paid her over $ 1 million in damages.
About a month later, her brother Morgan joins them and is suing Mariah Carey at the New York Supreme Court (the defamation suit is before BILD).

The complaint states that Morgan, an organic farmer and screenwriter living in Hawaii, was “not angry, but disappointed and hurt.”

He feels betrayed by his sister, the allegations in the book are “malicious”. “The plaintiff is by no means jealous of the enormous success of his sister”, Morgan said Mariah “always only wished the best”.

In addition, it says in the lawsuit: “The damage was brought about with full intent.” In September Carey said in a detailed interview with Oprah Winfrey (67) that the people who attacked her in her biography had thrown the first stone . She called Morgan her “ex-brother”, in the book she writes “Morgan was a crisis”.

He takes action against Carey, the co-author and the publisher. Morgan claims damages (the exact amount is not given) because the book (seven passages are listed) has destroyed his reputation – and he no longer gets jobs as a screenwriter.

Morgan Carey explained the argument between him and his sister to the magazine “Bunte”: “I always stood up for my sister long before anyone knew her name. Yet she has deeply belittled me all over the world through her book, with ridiculous lies. With that, Mariah has exceeded all limits. (…) Now I have to fight back. ”

Morgan, Alison and Carey were born from the marriage of singing teacher Patricia Hickey and engineer Roy Carey. In 1973 the couple divorced. The protocol: This is how the Corona dispute between Merkel and...