Saint Sebastian – Xabi Alonso, allegedly courted by Borussia Mönchengladbach, has extended his coaching contract with Real Sociedad San Sebastián for another year until 2022. The Basque club announced on Friday. This means that the 39-year-old world star’s commitment to Borussia has been shattered.

Speculation about Alonso as Rose’s successor

The former Bayern professional trains the reserve team in San Sebastián, with whom he is currently in first place in a season of the third Spanish division. “I want to continue growing with this project,” said Alonso, who, according to Spanish media reports, had several offers from larger clubs. One of them is said to have been from Gladbach.

Hoeneß: Nübel should “give a few games for free”

Training setback for Douglas Costa: is the loan now threatening the end of the season?

“Bild” and “Sportbild” reported on Monday that Alonso will succeed Marco Rose, who is moving to Borussia Dortmund, for the new season. Both newspapers later put this into perspective and reported that Gladbach’s sports director Max Eberl was still in close talks with at least one other candidate.

Germany continues to classify France as a high incidence area

After Haimbuchner also second president of the state parliament in the... 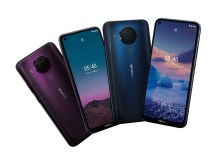