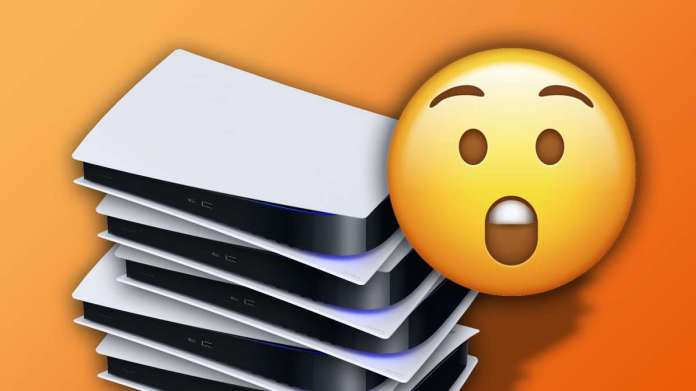 At MediaMarkt, there was finally console supplies. But when it came to selling the PS5, the company’s employees had priority.

Ingolstadt, Germany – Buying the PS5 is currently one of the toughest challenges in the gaming world. After several waves of sales, Sony fans still go away empty-handed and even after more than four months still don’t have a next-gen console at home. However, instead of doing everything possible to deliver as many PlayStation consoles as possible to fans, a big secret is now coming to light. Dealer MediaMarkt should give preference to its employees internally and the PS5 sells prioritized to them to have.

The PS5 is currently completely sold out with all the usual suspects, such as Amazon, Media Markt and Saturn. Most fans despair when trying to get hold of a PlayStation console. Nevertheless, there are always some small stocks or even whole ones Selling waves offered in the online shop – nevertheless you have to be quick here too. Only with a lot of luck and the right timing can you get a Sony console from the Pre-order–pages secure and the PlayStation 5 pre-order.

After four months it still is difficult to get the PS5 at various retailers to secure. The availability of the new PlayStation console will not change much in the near future either. Now the already existing frustration of the potential buyers is increased again. This is because it has now become known that Media Markt is its Grants employees a right of first refusal. Although the company from Ingolstadt only recently made it officially clear that you cannot buy consoles in stores, a few PlayStation consoles have made it into the MediaMarkt stores. Employees were now able to sign up for precisely these next-gen consoles that were supplied exclusive right of first refusal to back up.

Buy PS5: Customers are at the back of the line at MediaMarkt – employees are clearly preferred

After a new bulk delivery reached MediaMarkt in the last few days, none of these consoles has yet been offered to the public. Because for the time being, your own Group employees access the inventory and secure exclusive Sony consoles. The prioritized treatment of one’s own employees should “in recognition of their tireless efforts during the corona pandemic” serve. For this reason, however, the normal customer continues to miss out. According to MediaMarkt, numerous employees have access to the PS5 purchase waived and not exercised the right of first refusal.

At the moment, however, it seems that MediaMarkt is talking nicely about its decision to deliver the PS5 to employees in order to avoid a possible shit storm. This is the only reason why the dealer from Ingolstadt makes it clear that only anyway few consoles were available for purchase. The fact is, however, that several cases of employees are now known who have made use of the right of first refusal of the Sony console. After all the huge annoyance about the often merged launch, MediaMarkt should have reacted smarter and everyone, regardless of whether you are an employee or a customerto offer the same chance to buy the PS5. Because even the employees would have been very easy order in the online shop and thus, like everyone else, can get the console normally.

This is what Monday is about: Politicians want to react regionally Seven years after a skiing accident: son Mick Schumacher and his...