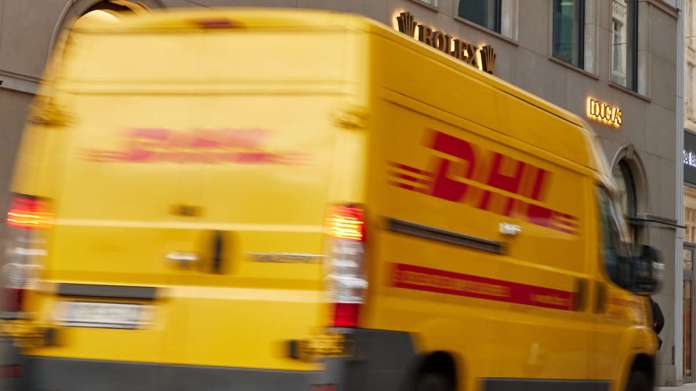 Many fans have been waiting longingly for this. At the shipping giant Amazon, there was now the first large supply of PS5 consoles. Bundles were also on offer this time.

Update from March 16, 2021 – It’s finally here – the Shipping giant Amazon has new PS5 consoles in stock again. The Sony console has been available again since around 9:10 a.m. The announced huge supply now seems to be online at last. The offer here is the digital version of the PlayStation 5 as well as the version with a drive. About 20 minutes after the action started, consoles still seem to be available.

In addition, Amazon seems to be jumping on the anti-scalper train from many other online shops, because matching the console you could also secure a PS5 game as a bundle offer at the same time. The choices were Spider-Man Miles Morales or Demon’s Souls. In any case, it is currently important to be quick, because the rush to the new PS5 consoles at Amazon will be great as always. If you want a console for sure, you can try the following links.

Update from 02/11/2021: The fourth wave of sales of the PS5 will probably break in on players today or tomorrow. Yesterday on February 10th there was already at Amazon, OTTO and Gamestop As if out of nowhere, new mini contingents of the coveted Consoles. Maybe a test for the big sales launch today? Like the colleagues from GamesWirtschaft report, it should now go on the big order offensive. So be sure to keep an eye on the retailers you trust today, it could start at any time Buy PS5. If the PS5 then online, you should not hesitate, be quick – this time we expect a quick sell-out of the Consoles. We’ll keep our fingers crossed.

Update from March 16, 2021: A few days have passed again, but not too much has happened on the PS5 front. We still cannot say for sure whether the Twitter insider was right with its 15,000 new consoles – at least these huge contingents have not yet been put on sale. Otherwise, the PS5 was only very, very sparse in online shops. But there is positive news for all real-life hunters: As the industry magazine GamesWirtschaft reports, it should PS5 have been partially spotted in retail at the moment and even available for sale. A good sign that the PS5 situation could calm down over the next few days and weeks.

Update from March 9, 2021: As it stands, Amazon is currently in the starting blocks again. For the next few days it will be a huge one Supply of around 15,000 PS5 consoles expected. At least that’s what the fairly trustworthy Twitter insider will @PSLetsPlayDE asserts. He expects new consoles for Wednesday, but also points out that the supplies could start at any time. So will fans be able to buy the PS5 anytime soon?

On the contrary, industry insider takes Gameswirtschaft Fans are currently hoping for PS5s on Amazon this week. According to the actually always well-informed colleagues, it should be for Amazon Germany only from next week ready with new consoles. The sale would initially be in Great Britain, France, Poland, Italy and Spain start and arrive sometime next week in Germany.

The much safer variant is probably due to the leak of @PSLetsPlayDE to build. He recommends getting the PS5 on Amazon’s wish list so that you can access the console faster even when the Amazon pages are overloaded, the wish list is usually more stable in such cases. The best tip, however, is to keep your eyes open. If you quickly find out about the start of sales on Amazon, there is a very high probability that you can dust off a PS5 from 15,000 consoles.

Original news from February 10, 2021: Hamburg – Nothing new about the PS5-Front. Anyone who is on the arduous search for one Sony PS5 has been disappointed at one point or another in the past few weeks. Either they are permanently and almost immediately sold out Consoles or the long arm of the scalper, who the Consoles on platforms like eBay at exorbitant prices resell. Amazon brings Fans but now apparently finally moving into the redundant game with the Consoles. Fans can possibly count on an early delivery of the PS5 looking forward.

Buy PS5: Amazon is about to fill its warehouses with consoles

Amazon is the most popular mail order company in Germany. You can be sure that what the online giant is doing will resonate with other retailers a little later. So what luck that Amazon am February 02 a few PS5 consoles sent on sale. Experience has shown that the small contingent was gone within a few minutes – fans hardly had a chance to buy a PS5 *. Whether it’s an internal test, a possible bug or just a new one sale of new Consoles acted is currently not fully clarified.

How GamesWirtschaft reports, should Fans just report that it is exactly this Consoles according to her Amazon account are about to be shipped. If that’s true, then there are really new ones Consoles in the Amazon warehouse done and all the rest Fans may have a much better chance of an early PS5 replenishment to hope. The rumor mill has been simmering for a few days. A confirmation from us Sony or the dealer does not yet exist, but many media report that sales of the PS5 later this week.

Buy a PS5: Maximize your chances of getting a console

Who his chances of getting a PS5 want to maximize – if she is back in the sale at Amazon and Co. comes – he can follow a few tips. First of all, you should be logged in to your trusted dealer. Who is to Sales start of the PS5 you no longer have to log in and enter annoying data, which saves a lot of time. In addition, all pages related to the PS5 be overloaded, which is why it is worthwhile to have to make as few clicks as possible when it starts.

The time of day when purchasing a PS5 can also play a role. The past showed us that new PS5 Consoles usually go online at a specific time. Finally, we have a somewhat wild tip: You can also try to order the PS5 by phone. That last happened on the last one PS5 replenishment from OTTO and the simple advantage that you can also place an order if the respective side of the retailer is overloaded. But no matter how you want to try it, we will keep our fingers crossed that you will soon finally have one of the coveted ones PS5 Consoles can get hold of. *Affiliate Link

This Frankfurter puts a smile on everyone’s face today

The real story behind the German Oscar candidate

Gladbach without injured Lazaro against Bayern