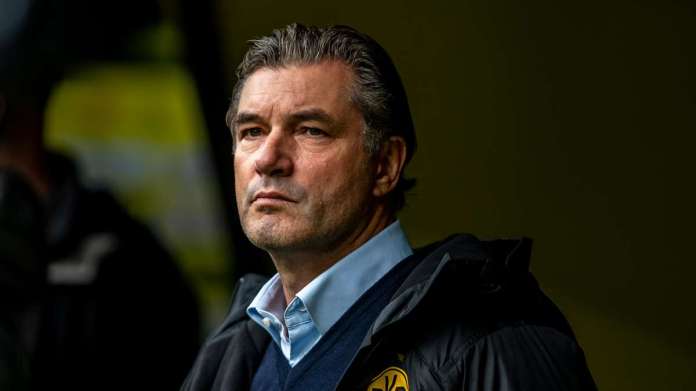 He has not yet been able to meet the high expectations at BVB. Now the transfer rumor comes up: If the price fits, a star can leave Borussia Dortmund.

Dortmund – Julian Brandt (24) was finally able to cheer again. He celebrated his goal to make it 1-0 in BVB’s 2-0 win against Hertha BSC like a relief.

BVB rumor: Transfer of Julian Brandt allegedly possible if the price is right

The goal from 28 meters was ultimately only the third goal participation this season for the BVB midfielder. And that despite the fact that it was used 34 times in the Bundesliga, Champions League and DFB Cup.

“I’m honest: I was shocked that he went in,” Julian Brandt later admitted Sky to. The unusual flight curve of the ball and the subsequent mistake by Hertha goalkeeper Rune Jarstein (36) had surprised the popular himself.

Trainer Edin Terzic (38) was happy with his protégé. “Of course you could tell from the cheers and everything around it what it meant to him,” he remarked at the press conference before the BVB game against 1. FC Köln (on the live ticker).

Edin Terzic can hardly understand that the talented technician, who moved from Bayer Leverkusen to Dortmund in the summer of 2019 by transferring 25 million euros, had such a hard time on the pitch.

“He’s killing us in training and warming up,” he said. And: “He shows it far too seldom, we hope that he has the courage to seek a degree more often.”

After all: Julian Brandt is still given the chance at BVB to make the breakthrough. He was used in 24 of the 25 Bundesliga season games, albeit not always from the start.

BVB rumor: Transfer of Julian Brandt in the summer is conceivable

Nevertheless, Julian Brandt reeled off over 1,200 minutes of use. It looks different in the DFB team. There still national coach Joachim Löw (61) has apparently seen enough and waived the BVB player in the squad for the upcoming international matches against Iceland (March 25), Romania (March 28) and North Macedonia (March 31).

If you believe a transfer rumor the image-Zeitung, his time at Borussia Dortmund could soon be coming to an end. In summer, to be more precise, when there is the next opportunity to change.

Julian Brandt is under contract with BVB until 2024. But those responsible should be ready to let the player go. And then when a club is found that pays 25 million euros.

Borussia Dortmund transferred this transfer sum to Leverkusen a year and a half ago. At that time, the expectations on both sides were huge.

BVB rumor: Julian Brandt is also dissatisfied with the situation at Borussia Dortmund

Do you believe that? imageRumor, Julian Brandt also hoped for more from his move to BVB, as well as WA.de reported. “The first year was difficult, I’ll admit that openly. I was in a lot of different positions, which is not easy, ”he said before the start of the season Sport1 said.

His sporting situation has not gotten any easier in the meantime. Because your own performance got weaker and the competition got stronger. The only 17-year-old Jude Bellingham (17) has the future in eighth position at BVB and in the England national team.

BVB: Strong competition for Julian Brandt in the midfield of Borussia Dortmund

No less in good shape in BVB midfield Mahmoud Dahoud (25), who is said to have even attracted the transfer interest of four English top clubs. At least according to a rumor the Daily Mail.

Marco Reus (31) is in the attacking midfield under coach Edin Terzic. Super talent Giovanni Reyna (18) is also expected to perform better than before in the future. Julian Brandt is required if he still wants to assert himself at BVB.

“I have seldom seen a player who brings so much potential”, praised Michael Zorc once loudly world. Nevertheless, a transfer to Arsenal was already under discussion in the winter, but it did not become concrete.

“I read that too. I can’t say more about that, ”said the BVB sports director at the time. “Nobody answered, there is nothing on the table.” But how do Borussia Dortmund and Julian Brandt react when a valuable offer is actually received in the summer?

It is quite possible that they will part ways. Unless Julian Brandt uses the upswing of his goal against Hertha BSC. And starts at BVB in the season’s final spurt.

“I’m very worried about that”

The EU states should listen to the EMA

Cheaper than ever for Black Friday at Amazon KINO.de