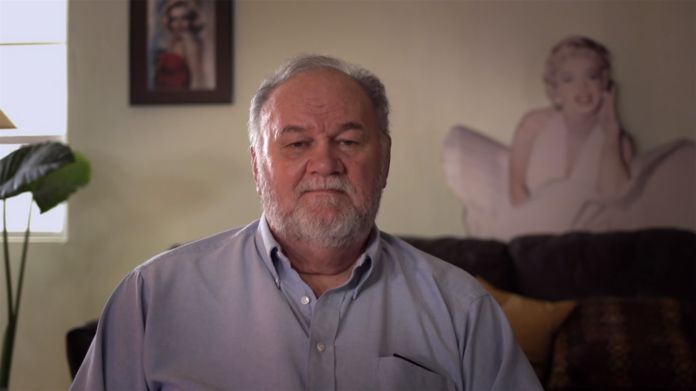 After the TV interview with his daughter, Thomas Markle personally goes to talk queen Oprah Winfrey to tell her his point of view.

Just three weeks have passed after the Sussex talk by presenter Oprah Winfrey (67), when the next interviewee is knocking on her door in person. After Duchess Meghan (39) and Prince Harry (36) described their experiences at the royal court in front of an audience of millions, Meghan’s father wanted nothing more than a TV audience with the US talk queen.

For this, Thomas Markle (76) personally put his request on paper. According to a report by the “Sun” this week, he even showed up in front of Winfrey’s home in Montecito to deliver the letter in person. “It wasn’t a note for Meghan and Harry, it was meant for Oprah,” a source told the British newspaper. “He saw the interview and thinks he deserves a chance to have a say.” For years, the relationship between Meghan and her father has not only been in ruins, the Duchess also accused Markle in the Winfrey interview of having betrayed her.

Reason enough for Markle to now also describe his view of things in front of the TV cameras. It’s just stupid that his preferred presenter didn’t open the door to their luxury property for him. Markle had to hand his letter over to a security officer and then start driving home again. Even without a response from Oprah, who has not yet responded to his offer.

Football from the top leagues – Liverpool conceded the 4th bankruptcy... Summit at Profiboss Kind: Who will make Hannover 96 more accurate...