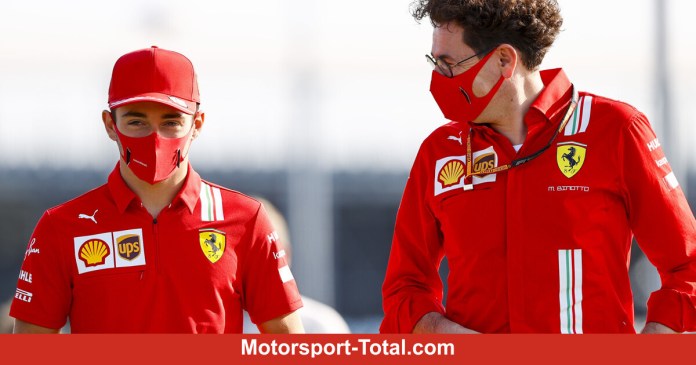 Webber: Formula 1 should be looking for young Alonso

Mark Webber is known for not mincing words. Even when it comes to the comeback of his buddy Fernando Alonso. The Australian has “mixed feelings,” he admits. “I have extremely great respect for Fernando. He is one of the best drivers who has ever driven in our sport. On Sundays there was hardly anyone who was better than him – when he was at his zenith,” he notes in the podcast ” On The Marbles “.

But: “Can he still give the sport today what the young Fernando gave when he came into Formula 1 at the age of 20? I don’t think so.” Alonso is now a big name and very important, especially for Spain. But the sport should focus on the young talent, says Webber, “and find the Alonso we found 20 years ago”.

Expert: This is how track limits could be observed

The topic of track limits has been on everyone’s lips again since Sunday at the latest, since Max Verstappen overtook Lewis Hamilton on lap 53 in turn 4 off the white line and had to give up the lead a little later. Also because the Briton disregarded the track barriers at least 29 times in the race.

For this reason, expert Gary Anderson has now presented a very pragmatic proposal for ‘The Race’: For each violation of the track limits, a driver should automatically add one second to the time in qualifying and the race. The Brit believes that this would mean that the best drivers in the world would suddenly again stick precisely to the white markings.

As mentioned earlier, Ferrari today tested the 18-inch wheels for 2022 with Pirelli in Bahrain. It was Charles Leclerc’s turn this afternoon, he completed 87 laps (around 470 kilometers).

Seidl: Norris took “the next step”

“We saw all weekend, especially in qualifying and in the race, that Lando took the next step,” reports Andreas Seidl. The 21-year-old started his third Formula 1 season with McLaren in Bahrain. “We expect exactly these steps from a young driver in his early years, because that’s the only way to become a top star in this sport.”

Even in preparation for this season, the German was able to see how Norris has matured. “It’s great to see,” said Seidl happily.

Lewis Hamilton posted a message to his fans on Instagram today. The Brit reports that the first race of the year felt like his first ever. He also felt a lot of pressure. But that caused him not to stay in his comfort zone, but to face the challenge and grow as a result.

Overall, Ferrari is satisfied with the progress that has been made over the winter. “We certainly drove better than last season, but there is still a long way to go,” said Binotto at ‘Sky Italia’. The focus is already on the 2022 season, he emphasizes.

“We saw that the SF21 behaved as we expected, and that is the basis for the next year as well.” Fighting for podium places will certainly be difficult this season, the team boss knows. He currently sees Ferrari in the fight against McLaren for the title “Best of the Rest”. “We can aim for third place among the constructors, we will have to fight with McLaren.”

Our first big topic today was Sebastian Vettel’s current form. The German was also the subject of the “On The Marbles” podcast with David Coulthard and Mark Webber. Both know the four-time world champion, especially from his Red Bull days. What do you trust him after the difficult Ferrari years in green?

“I just don’t see how he’s going to find that mojo again. I think he’s an asset to the team in terms of experience. He’s a safe bet when it comes to bringing the car home, but I think.” if you lose that little bit of speed … “, Coulthard is skeptical.

He believes that Vettel is primarily part of the new marketing strategy at Aston Martin. Beating a four-time world champion is also beneficial for Lance Stroll. Because that is a justification for saying that the Canadian is a future world champion, says the Scot. “If he does what Charles does with Seb [Leclerc] with Seb, I just don’t see him like that [Vettel] can end the season. “

Tuition: All helmets at a glance

At the first race of the season after the winter break you are usually not familiar with all of the drivers’ new helmet designs, which is why Formula 1 created this nice overview. Now there are no more excuses 😉

Only two Japanese rookies were better

By the way, Yuki Tsunoda was the first Japanese rookie in Formula 1 to score points on his debut. However, three of his compatriots have already finished ninth in the first race in the past – only there were no points for them back then.

Marko: Tsunoda “soon to be a new Formula 1 star”

Back to Yuki Tsunoda one more time. The Japanese was not only able to pick up from his team boss Franz Tost Lob after his Formula 1 debut, but also from Red Bull motorsport consultant Helmut Marko. Even before the first race weekend, the Styrian raved about the Japanese’s qualities (“a real pleasure” and “sensational”), and he was not disappointed.

“Soon he will be a new star in Formula 1”, believes Marko in an interview with ‘RaceFans.net’. He not only has the necessary talent and mental strength, but also the right height. “The engineers love it.” Will Tsunoda actually become the first world champion from Japan? “Definitely.”

Verstappen: That’s why overtaking is so difficult

Max Verstappen was understandably disappointed after the race in the desert. The Grand Prix showed how important the position on the track is. Because overtaking is incredibly difficult in the current Formula 1, says the Red Bull driver. “I was able to catch up with Lewis quite comfortably, but as soon as I got close I had no grip,” said the Dutchman. That was probably also due to the windy conditions in the slower corners.

Even though Verstappen’s tires were fresher than the British’s, he couldn’t make out the difference. “Then I was a little way out at Turn 4 and had to give up the place. After that, it was impossible to try again.” After that he was too far away, also because he had to intercept severe oversteer in turn 13 and lost time as a result.

Video: The Big Analysis of the Bahrain GP!

In our first “Last Night” video of the new season, Christian Nimmervoll and Stefan Ehlen analyze the events of the Bahrain Grand Prix. Among other things, the two explain why Max Verstappen had to give the position back to Lewis Hamilton on lap 53 or what actually went wrong with Sebastian Vettel. It’s worth taking a look!

If you don’t want to miss any of our Formula 1 videos, you should subscribe to our Formel1.de YouTube channel immediately!

McLaren team boss Andreas Seidl can be much more satisfied after the season opener, both drivers made it into the points. Lando Norris finished fourth, Daniel Ricciardo seventh on his debut. “I’m very happy with what the team showed this weekend,” beamed the German. The hard work over the winter has paid off.

“The distance to Lewis [im Ziel] amounted to around 45 seconds. That is an encouraging sign in a race in which these guys gave full throttle up front, “said Seidl. In fact, Norris was 46.5 seconds behind winner Lewis Hamilton at the finish, just nine seconds short of the podium.

Latifi declares retirement shortly before the end of the race

Nicholas Latifi had to give up the race just before the checkered flag due to a technical problem. Already on the rounds to the grid he heard something strange. “We hoped it would work itself out in the race.” But that wasn’t the case and the Canadian struggled 80 percent of the corners when stepping on the gas.

“If the engine’s power fluctuates a lot, it makes it worse if you have to watch the tires.” The longer the race went on, the more and more Latifi suffered from the difficulties. He reports that he was missing around 18 km / h on the straights.

The Formula 1 debut of the two Haas drivers Mick Schumacher and Nikita Masepin was less rosy. The German spun in the race, as did the Russian. Although Schumacher was able to finish the race practically out of competition, Masepin’s Grand Prix was already over after three corners. “He’s simply overwhelmed with Formula 1,” says Marc Surer in an exclusive interview.

Williams test driver Jack Aitken, who unexpectedly made his Formula 1 debut in Bahrain last year because George Russell was needed at Mercedes, mocked on Twitter after the race: “That’s how I feel about the 60 laps that I do I managed to do much better before my spin. ” Who has the damage …

“Yuki is an extraordinary talent,” says AlphaTauri team boss Franz Tost. The Tyrolean was a guest at ‘AvD Motor & Sport Magazin’ and spoke about the performance of his newcomer. Tsunoda is not only “determined” and “focused”, but also has the “necessary self-confidence” and is “mentally strong”.

The rookie’s greatest strength, however, is being able to estimate the speed very well, explains Tost – “especially in fast corners. He has an uncanny feeling for the car at the beginning of the corner towards the apex.” He is also particularly strong on the brakes. That was also shown by the overtaking maneuvers in Bahrain, which Tost “really liked”.

Postscript: “I think Yuki will be very successful in Formula 1.” And: “He’ll be world champion, I’m sure of that.”

The Innsmouth Case: Detective Adventures in the Lovecraft Universe is out...

“We don’t have any more time”: Natalie Rickli calls for restaurants...

Urusla Nonnemacher attacks AfDler: “You are a dentist and right-wing extremist”

Plans against racism: Lambrecht wants to delete “race” from the Basic...

Four Hills Tournament: These are the knockout duels at the New...