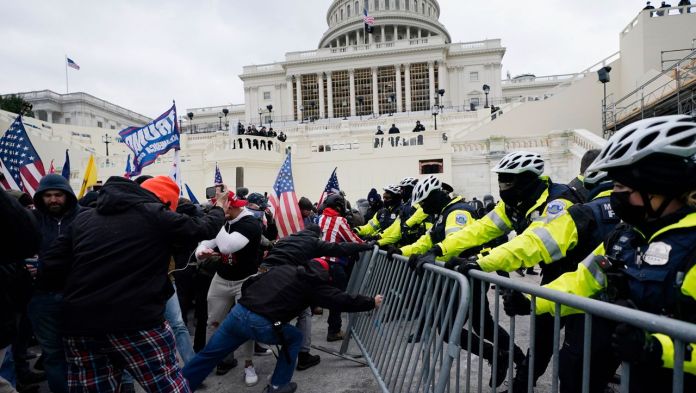 Until 1933, March 4th was the day on which US presidents took their oath of office in front of the Capitol in Washington. The date was then set for January 20th. But now security authorities are warning of a possible attack by extremists this Thursday – almost two months after the attack by radical supporters of Donald Trump.
“We have received intelligence that shows possible plans by an identified militia to break into the Capitol on Thursday, March 4th,” said Capitol Police in Washington. One is prepared for possible threats “against members of Congress or against the Capitol complex.”

The Capitol Police announced on Tuesday that they had tightened security precautions and increased the number of forces deployed for Thursday. The reason is “worrying information and intelligence”.

Fears of new violence on March 4th have been around for weeks. However, it was unclear how specific the threat is. Supporters of Trump stormed the Capitol on January 6th. On that day, Parliament should finally confirm Joe Biden’s victory in the presidential election on November 3rd. Members of several right-wing extremist groups, such as Proud Boys and Oath Keepers, were involved in the attack, which left several dead.
The Capitol was massively secured in preparation for Biden’s inauguration on January 20. The parliament complex was cordoned off extensively with a high fence, and thousands of national guards were dispatched.

Last week, the acting chief of the Capitol Police Department, Yogananda Pittman, warned at a congressional hearing against scaling back security. Extremists would like to “blow up the Capitol and kill as many parliamentarians as possible.” Biden’s first State of the Union address was cited as a possible reason for an attack. A date for this so-called State of the Union Address has not yet been set.

Young CDU women on the party and the three candidates for...

A shock moment for Pietro Lombardi – “You got a Swiss...

One year after the end of support: Windows 7 market share...

Swinger party with 40 people dissolved by the police

When burying the torso! Cannibals from Berlin are said to...

Confusion about Sandgren: Despite a positive test on the plane to...

Money glut and savings wave: The Germans conjure up inflation