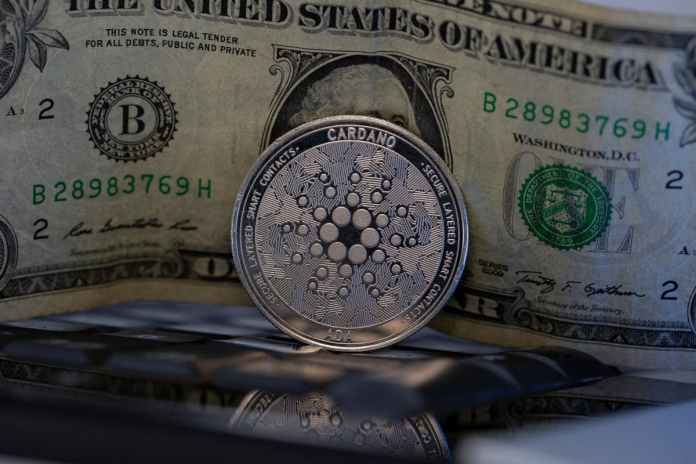 At the Cardano360 virtual conference, Ethereum co-founder and current Cardano boss Charles Hoskinson announced that he would become a serious alternative to Ethereum as a De-Fi platform as early as May.

Charles Hoskinson steps on the gas pedal. After his blockchain Cardano with the ADA token was recently included in important trader tools, including Coinbase Pro and the Bloomberg terminal, he apparently wants to take advantage of the momentum.

CARDANO SMART CONTRACTS: On tonight’s # Cardano360 we shared the rollout plan for smartcontracts on Cardano. Here’s more on the Alonzo roadmap from @IOHK_Charles. We’ll bring you more clips from the show throughout the week ahead, so stay tuned @Cardano 👍 pic.twitter.com/q2bWK1TZQx

Hoskinson was there anyway to create the “better Ethereum” with Cardano. It all began with Cardano relying on the Proof-of-Stake consensus procedure, which is much more frugal from an energy point of view, and which Ethereum does not want to use until the ETH 2.0 update.

After the downright boom in “Decentralized Finance” (De-Fi) applications that the Ethereum blockchain has been experiencing since summer 2020, it was clear that Cardano would also move in this direction. That now seems to be going much faster than previously expected.

With the upgrade called “Alonzo”, which is designed as a hard fork, Hoskinson initially wants to create a test network that will be able to process smart contracts. Smart contracts are the basis of every decentralized app (dApp) in the De-Fi system.

The functionality should then be generally available in the mainnet in August 2021. A Cardano-native dApp was presented as a functional model on the occasion of Cardano360, which should allow users to exchange different tokens. That would correspond to the core feature of the Uniswap, known as the killer dApp for Ethereum, and can probably be viewed as a milestone.

Immediately after Hoskinson’s announcement, the ADA price rose by 17.5 percent, but has now calmed down again and is in an upward trend, but without spontaneous outbreaks up or down.

Meanwhile, Cardano is developing rapidly. It was only at the beginning of March that the Mary update further shortened the gap to Ethereum. Now users can create custom tokens, which allows Cardano to grow beyond its own token into a multi-asset network.

Corona messes up the schedule of Frankfurt’s judiciary

Epiphany meeting of the FDP: a party is looking for itself

Bad health saves Assange from extradition to the USA

Why the Airpods Max lack the U1 chip

This guest will be on the show on Thursday