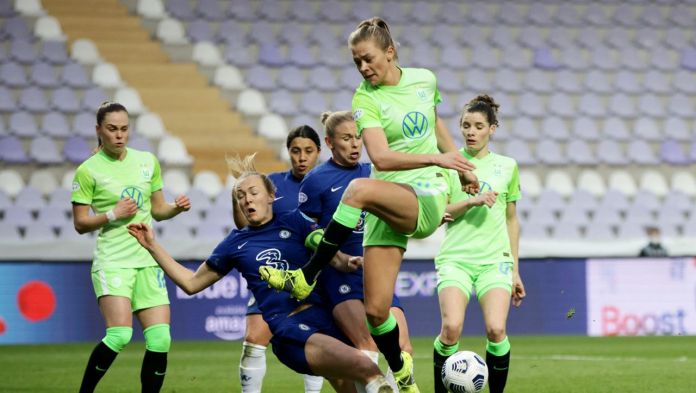 The scene of the game: In the 66th minute, the footballers of VfL Wolfsburg were already behind. A goal was needed, and above all: no mistakes were allowed to happen. Katarzyna Kiedrzynek in the goal of the Bundesliga runner-up had not yet made one. But then the Polish goalkeeper failed with a simple kick: Instead of being played flat in the foot of the teammate, the ball bounced to Chelsea attacker Fran Kirby. Two cross passes later, ex-Wolfsburg Pernille Harder made it 2-0 for Chelsea – and VfL, so far clearly the better team, could finally declare the day needed.
The result: At least the connection hit jumped out late, so that the Wolfsburg only lost 1: 2 (0: 0). So everything is still possible in the second leg next Wednesday (2 p.m., TV: Sport1). Until then, you can pass the time here reading the match report.
Football capital Budapest: An unexpected side effect of the corona pandemic is the fact that football fans in Europe are gradually being brought closer to all of Hungary’s larger venues. This time it was the Szusza Ferenc Stadium, where Újpest Budapest otherwise plays its home games. Elsewhere, the quarantine regulations make it difficult to organize international games – and the Magyars have high incidence rates, but lax rules. Officially, however, the game was a home game for Chelsea. Means: Wolfsburg starts the race to catch up with an away goal on the account.
The first half: Once the Wolfsburg had to breathe deeply: A pass from Sara Doorsoun starved to death on the way to Kiedrzynek, who cleared with presence of mind with a straddle, otherwise Harder could have intervened and pushed in for the lead (12th). Then the Wolfsburg fired from all cylinders: Alexandra Popp to the post (14th), Popp with his hand in the goal (16th), Fridolina Rolfö for the first and second, Ewa Pajor with an overhead kick for the third in just one scene (21. ). And then Rolfö twice (32nd, 39th). The fact that it was still 0-0 at the break could hardly be explained.
Good money: Anyway, it was hard to explain why Stephan Lerch’s team was so superior to the opponent. The Wolfsburg coach had spoken strongly to Chelsea’s footballers before the duel: “For me, when I look at the squad, Chelsea comes right behind Olympique Lyon.” The assessment was no coincidence: Chelsea tops the table in the English Women’s Super League . And the league is on the rise: A new TV deal with Sky Sports and the BBC was only announced at the weekend, which guarantees the WSL an annual income of around ten million euros until 2024. The English clubs should become even more competitive in the coming years.
The second half: So far, the strength of Chelsea and Co. has mainly been shown in the commitment of international superstars. Samantha Kerr is one of those, the Australian signed in London at the end of 2019. Since then, the striker has been a figurehead of the club and league. After 55 minutes, Kerr proved why that was so: After a pass from Kirby, Kerr turned around Kiedrzynek and put Chelsea in the lead. Harder expanded it, Dominique Janssen converted after a foul by Magdalena Eriksson on Svenja Huth the due penalty to make it 1: 2 (70th). More was not possible, even if the Wolfsburg team shot at the opposing goal more than twice as often as Chelsea.
Football romance: Speaking of Eriksson: The Swede is one of the main reasons why superstar Harder no longer wore the VfL Wolfsburg jersey as he did until summer 2020, but instead wore Chelsea blue. Eriksson is Harder’s partner, and by signing in London, Harder also wanted to alleviate the stress of the long-distance relationship. And what could be more romantic than winning the Champions League together?
Bad cards: Chelsea’s soccer players have not yet finally cleared the Wolfsburg hurdle. Due to a yellow card suspension, VfL will have to do without top talent Lena Oberdorf in the second leg. The Wolfsburg coaching staff also worried about Popp, who collided with Chelsea goalkeeper Ann-Kathrin Berger and had already been cautioned in the first half, well into stoppage time. “There is no yellow card now,” echoed from the VfL bank. There was then, but not for Popp or Berger, but for Chelsea trainer Emma Hayes, who loudly demanded a dismissal for Popp.

Acute back pain: Stefan Kraft retired to Planica for the individual...

Above average number of people infected with corona at the Berlin...

Return of the brand on the PS5 is quite an issue

Prince William & Duchess Kate: After only one year: an important... 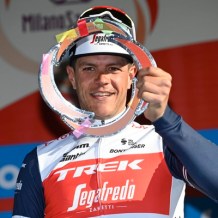 Stuyven cracks the jackpot, the favorites gamble away

New daycare centers in Waiblingen: what will change in 2021? ...