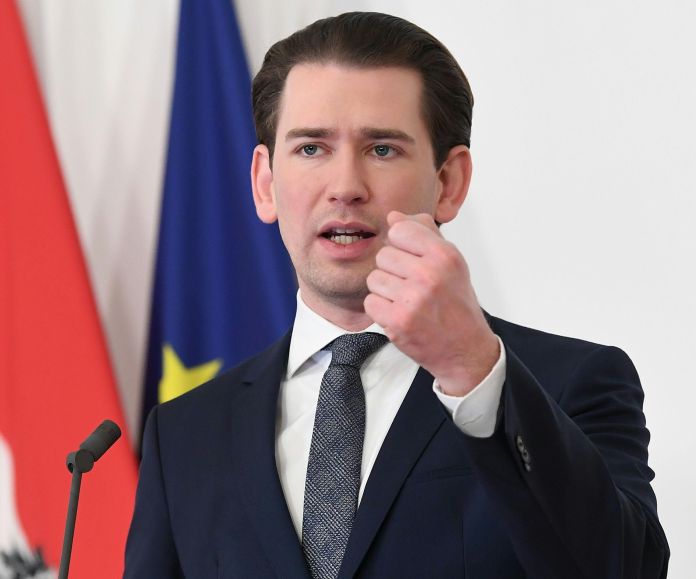 In the main EU committee of the National Council, Chancellor Sebastian Kurz (ÖVP) spoke about the current vaccine problems.

At the virtual meeting of the EU heads of state and government next Thursday and Friday, Chancellor Sebastian Kurz (ÖVP) wants to address a redistribution or “fair distribution” of corona vaccines within the European Union, as he confirmed today in the EU main committee of the National Council.

Deviations from the population key in the corona vaccine deliveries by the steering committee at official level would have led to massive differences within the Union. Malta would have received about three times as many corona vaccines as Bulgaria. There should be no second-class EU member states, a compensation mechanism is necessary, said the Chancellor. It was not clear to all EU heads of government that there would be different vaccine deliveries.

“Hardly anyone was aware that there are significantly different delivery quantities and that the distribution is not proportional to the population,” said the Chancellor. If all member states had been aware of the different delivery quantities, they would have ordered each vaccine “as much as possible”. In any case, Austria has got things rolling here and is confident that a solution or a balance will be reached. Many heads of government are interested in correcting these inequalities. In any case, he experiences positive voices “in our direction” from many countries.

With regard to the ten million additional doses of vaccine to be distributed in the EU, the Chancellor believes that these should be given to all those member states that have too little vaccine. It is important to consider the topic on a meta level. A widening gap in vaccine distribution would not be good for the EU.

For Kurz, it is also not okay that several corona vaccines are developed and co-produced in the EU, but that many countries outside the EU such as Great Britain, the USA, Chile or Israel currently have more vaccine doses available than the member states themselves. Therefore I am considering export restrictions on the part of the Commission and this week at the level of the heads of state and government. This could also be a lever to increase vaccine access for Europeans.

The opposition sees it differently and locates a clear failure with the Chancellor or the federal government itself. In the opinion of the SPÖ, FPÖ and NEOS, Kurz wanted to look for a “culprit”. The federal government only budgeted 200 million euros for corona vaccines, which means that Austria did not order more vaccines at EU level than would have been possible according to the number of inhabitants. In addition, in January there would have been the possibility at EU level to reorder vaccines that had not been requested from other member states. That did not happen either, the opposition factions agree on the question of guilt.

26 more deaths in the district, again in Dorsten “I never want to see them again” / Formula 1 SPEEDWEEK.COM