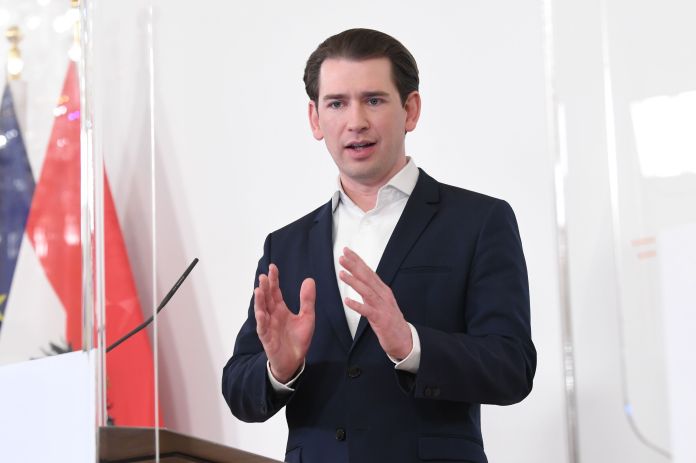 On Thursday, Chancellor Sebastian Kurz (ÖVP) addressed the population in front of the Virtual European Council with a vaccination statement.

The virtual European Council of Heads of State and Government is currently taking place. In the run-up to this, Federal Chancellor Sebastian Kurz addressed the nation in a statement on the subject of vaccine procurement.

As the Austrian head of government explained, the European Union has so far exported over 70 million vaccine doses “in all directions”. In return, however, she has not yet received a single vaccination can from other parts of the world. This blatant gap between export volume and the non-existent import should now be straightened out to some extent. Briefly support Commission President Ursula von der Leyen in the efforts to correct this “disparity”.

The Chancellor knows that he “got things rolling” with his criticism of the vaccine distribution. Especially at the beginning there was a lot of criticism of his statements. Meanwhile, however, there is more and more understanding for Austria’s position. Kurz renewed his criticism that the extradition strategy negotiated by the heads of state and government had been changed by officials.

Originally it was agreed that each member state would receive the same amount of vaccine at all times as a proportion of the population. In fact, there were big differences to be seen. Malta would have received around three times as many vaccine doses as Bulgaria.

A lot of time has been invested in the past few days to find a balance here. Kurz was optimistic that this would also succeed. In this context, he thanked von der Leyen and Council President Antonio Costa. He recently made a good suggestion.

Bayonetta 3: Will there finally be new information in 2021?

Family heroin trafficking: six and a half years imprisonment

Storm on the Capitol – warning signal for Germany

Chicken nuggets from the Petri dish are on the market