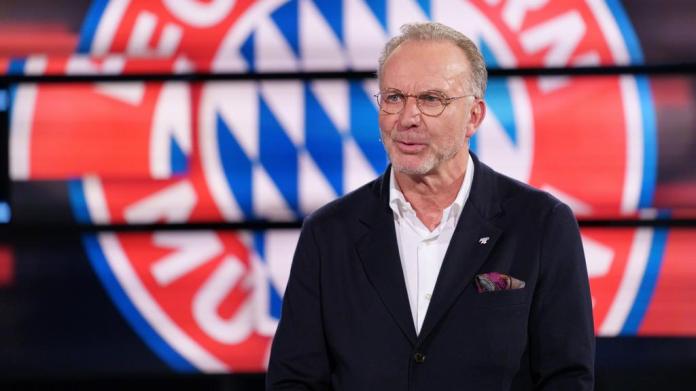 According to his own statements, Karl-Heinz Rummenigge has no interest in an office in the German Football Association (DFB).

“I am not available for any job at the DFB,” said the chairman of the board of FC Bayern Munich the “Bild” newspaper.

Former Bayern President Uli Hoeneß, as an expert on the TV broadcaster “RTL”, criticized the association management and the German representatives in the world association FIFA and in the European Football Union UEFA on Thursday evening and brought Rummenigge into play as a candidate.

The 65-year-old’s contract as Bayern’s CEO expires at the end of the year. Oliver Kahn will be his successor.

Rummenigge had already described himself in September 2020 as “completely unsuitable for an office in an association”.

In February he told the Italian daily newspaper “Corriere della Sera” with the highest circulation about the time after his departure from Bayern: “I don’t know what I’m going to do yet. Maybe I’ll take a break.”

Rummenigge has been the Bayern club boss since February 2002. Before that, he was a professional and vice-president of the German record champions.

Police blow up wedding party with 60 people! All corona...

Gold is said to have been just the beginning for Lamparter

This is how an injection phobia can be overcome – healing...

PCR or rapid test: Here you can get tested for Corona...