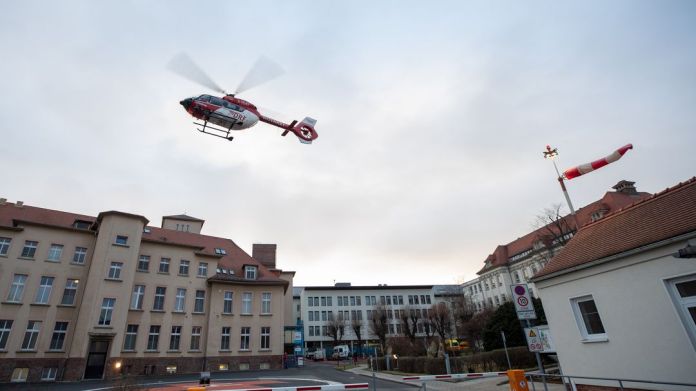 Zittau. It’s a sad story: it wasn’t until April that Dr. Wolfgang Eipperle (61) took up the position as chief physician for internal medicine at the Oberlausitzer Bergland Clinic in Zittau, Saxony, and has since saved the lives of many corona patients. He ran the Covid ward in the hospital. Now he himself fell ill with the corona virus and died in connection with it, as Jana-Cordelia Petzold, press spokeswoman for the clinic, confirms for the editorial network Germany (RND). The hospital also commemorates the doctor on its website with an obituary notice.

Accordingly, Eipperle died on March 11th in the Dresden University Clinic. “In the unfortunately only ten months of cooperation, we have Dr. Eipperle as a friendly and well-respected chief physician who is always concerned about his patients ”, it says in the obituary notice that the management and works council of the Oberlausitzer Bergland Clinic reported. Eipperle will “keep fond memories” of the clinic.

Hospital spokeswoman Petzold also emphasized to the RND that it was important to the doctor’s daughter that his death from Corona be known – in order to convince doubters that the corona virus should be taken seriously and that it was dangerous.

News from Germany: man crashes on the autobahn from a moving...

Secret plan for January – This is how Merkel wants to...

US Congress overturns Trump’s veto: How the city of Stuttgart reacts...

Schnupfenplan: Corona rules for daycare centers and schools in SH |...

Because of the Tigray conflict – EU withholds aid payments to...