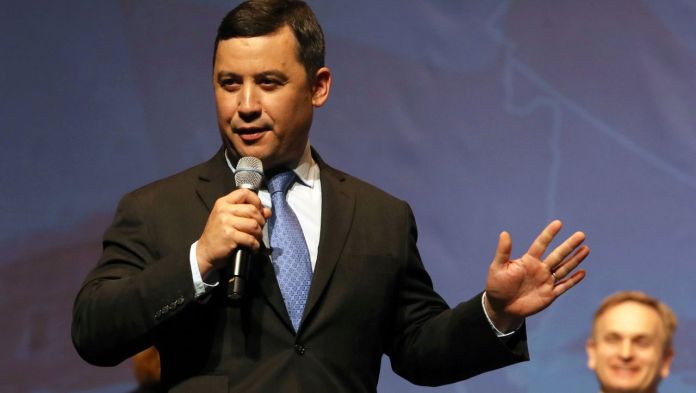 Tensions over the suppression of the Uyghurs are increasing: Beijing also imposed sanctions on representatives of the USA and Canada on Saturday. They target two members of the US Commission on International Religious Freedom, Gayle Manchin and Tony Perkins, as well as the Canadian MP Michael Chong and the Canadian Parliamentary Committee on Human Rights.
Those affected are no longer allowed to enter mainland China or the Hong Kong and Macau special administrative areas, their assets there will be frozen. Chinese citizens and institutions are prohibited from cooperating with them.
The sanctioned “must stop political manipulation on Xinjiang-related issues and stop interfering in any way in China’s internal affairs,” the ministry said. “Otherwise you will burn your fingers.”

In the past few days, China had already imposed sanctions on politicians and scientists as well as organizations from the EU and Great Britain. China was reacting to punitive measures from the West: At the beginning of the week, Great Britain, the EU, Canada and the USA imposed sanctions on China for the suppression of the Muslim Uyghur minority in the northwestern province of Xinjiang. China, in turn, accused the US and Canada of imposing measures “based on rumors and disinformation.”

The US and Canada condemned the Chinese government’s actions. Canadian Prime Minister Justin Trudeau described the measures as “an attack on transparency and freedom of expression.” The Canadian MP Chong saw the sanctions against him as a “badge of honor”. “We have a duty to denounce China for its crackdown on Hong Kong and its genocide against the Uyghurs,” he wrote on Twitter.
According to human rights organizations, at least one million Uyghurs and other Muslims are imprisoned in hundreds of detention camps in Xinjiang. There they are reportedly being forced to give up their religion, culture and language, and in some cases also mistreated. Beijing rejects the allegations and speaks of training and work programs aimed at combating extremism in the region.
Relations between the emerging superpower China and the USA are tense. Former US President Donald Trump had tightened the course vis-à-vis the government in Beijing, including in trade policy. His successor Joe Biden has initiated a departure from Trump’s policy in many areas; In terms of China policy, however, the new president basically wants to stick to a tough course.

Failed ski season in Austria is a burden for the tourism...

Franziska Preuss and Roman Rees without a chance

Donald Trump puts a vote on his candidacy for the US...

“Tatort” Ludwigshafen: Why is Clueso playing? Four questions about “Hunting”