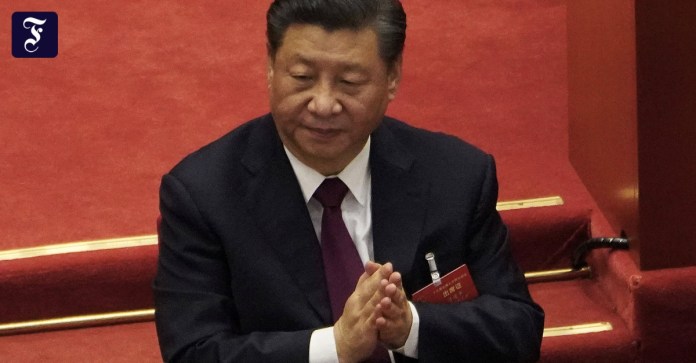 China also imposed punitive measures against politicians from the United States and Canada on Saturday in response to sanctions for suppressing the Uyghurs. Two members of the American “Commission for International Religious Freedom”, Gayle Manchin and Tony Perkins, as well as the Canadian MP Michael Chong and the Canadian Human Rights Committee are affected by the entry ban, the State Department announced in Beijing.

Previously, after the European Union and Great Britain, the United States and Canada had also imposed sanctions on China for actions against the Muslim Uyghur minority in the Xinjiang region.

Johnson shows solidarity with those affected

China responded immediately to the EU sanctions with counter-sanctions on Monday. On Friday, Beijing then punished several British critics of its policies, including MPs. British Prime Minister Boris Johnson demonstratively stood behind those affected. The head of government received five parliamentarians on Saturday. “I stand by her side and that of other British citizens against whom China has imposed sanctions,” Johnson wrote on Twitter afterwards.

As reported by the British media, the Prime Minister described the MPs as “warriors in the fight for freedom of expression”. The previous evening, he and American President Joe Biden had criticized the government’s move in Beijing in a telephone conversation.

Those affected by the sanctions include MPs and scientist Jo Smith Finley. All sanctioned persons are no longer allowed to enter China. The Tory Party’s Human Rights Commission and the Party’s China Research Group, which specifically deals with China issues, were also punished.

Vaccinations: what are the differences?

“The trip was painful”: Harry and Meghan’s farewell is difficult

Triplets and a wedding with Jimi Blue Ochsenknecht? Yeliz Koc...

iPhone 13 Pro is finally getting a 120 Hz display

The result of days of extreme rain: Australia’s east coast is...