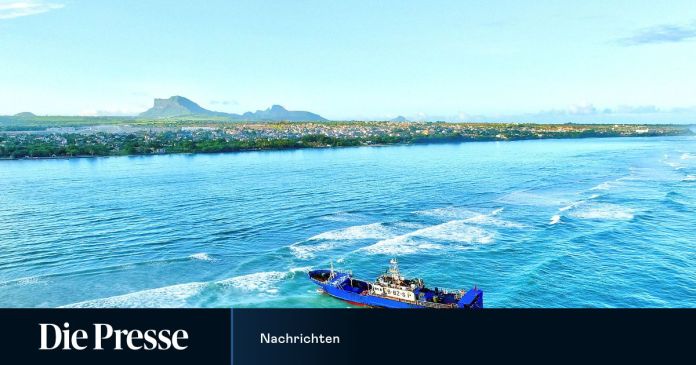 Now another oil spill is feared in the tourist paradise in the Indian Ocean. The Minister of Fisheries announces an inspection of the ship.

Off the coast of Mauritius in the Indian Ocean is a Chinese Trawler ran aground with 130 tons of heating oil on board. According to fisheries minister Sudheer Maudhoo, the captain of the “Lurong Yuan Yu” gave SOS signals on Sunday evening. The authorities of the island paradise mobilized the coast guard and soldiers to prevent an oil spill. Maudhoo announced an inspection of the ship to find possible leaks.

The residents of Mauritius have been alarmed to reports of such accidents since the Japanese freighter “Wakashio” hit a reef in the south-east of the island with a thousand tons of fuel on board in July. It was the largest environmental disaster in the country’s history. More than 50,000 people took part in a demonstration in the capital, Port Louis, and criticized Prime Minister Pravind Jugnauth’s handling of the disaster.

Oil needs to be pumped out

The “Lurong Yuan Yu” stranded at Pointe-aux-Sables in the northwest of the main island, not far from Port Louis. First, all the oil must be pumped out, said Maudhoo. According to him, there are also five tons of lubricant on board. The security forces used oil barriers to prevent an oil film from reaching the coast.

After the “Wakashio” accident, around a thousand tons of heating oil leaked into the turquoise sea. Mangrove forests, coral reefs and other ecosystems have been damaged.

Maudhoo told journalists on Monday that “traces of oil” were also discovered in the water near the “Lurong Yuan Yu”. Coastal residents said oil spills had already been seen on the shore. The minister said an investigation had been opened. Police officers went on board the ship to confiscate documents. A large part of the 1.3 million inhabitants of Mauritius live from tourism and fishing.

Banks – Frankfurt am Main – Commerzbank puts money back for...

Clinics at the limit, but the start of vaccination is approaching:... 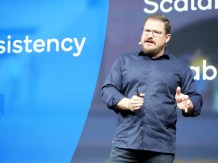 Chip manufacturer Qualcomm initiates a change of power at the top 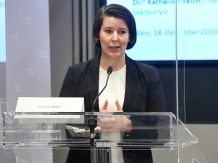 Wallis is still looking for the British because of the new...

Luxembourg frustration in Saarland: Corona has its limit