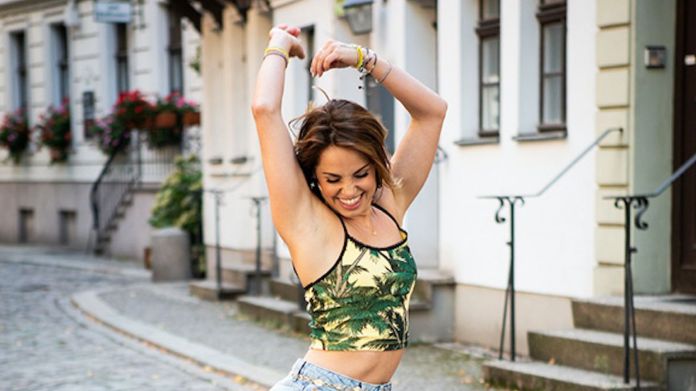 It couldn’t be better for her! A few months ago Christina Luft (31) announced that she would be part of a new, exciting project. After many fans had initially assumed that this was the new Let’s Dance season, aired Christina in January the secret: She is the German face of a beverage manufacturer’s international campaign. With Promiflash the dancer chats about this very special job.

The Bacardi video for the remake of the 80s hit “Conga” recently made the rounds – the song was written by Meek Mill (33) and Leslie Grace newly recorded and none other than Christina shakes the dance floor in the clip. “I’m really happy and it’s a great honor to be part of such a large international campaign and such a renowned brand. In addition, the new edition of ‘Conga’ is a song to dance to and made for me”, enthuses the power woman in an interview Promiflash. But how do you get hold of a cool job like this? “I was contacted and I didn’t hesitate for a second and immediately agreed,” explains Christina then on.

The background to the campaign is an advertising campaign by Bacardi, the brand is best known for its rum – but does the 31-year-old even drink alcohol as a professional dancer? “If you lead a healthy lifestyle, enjoyment from time to time is part of it. So that doesn’t necessarily mean giving up. Balance is the be-all and end-all!”says Christinawho, as is well known, also likes to nibble on sweets during her “Let’s Dance” training with her prominent protégé Jan Hofer (69).

Melania Trump (50) wants to get out of the White House

New Year’s Eve / Berlin: The supermarket burns out completely on...

Huawei reacts to Antoine Griezmann’s resignation because of Uyghur politics