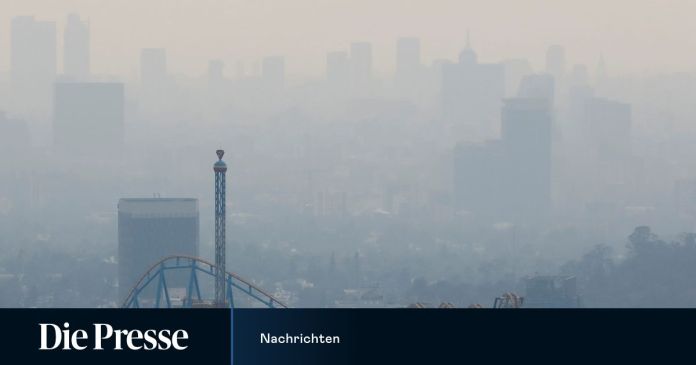 The so-called Keeling curve, which records the CO2 concentration in the air, is currently measuring a maximum value. In order to limit the global temperature increase to 1.5 degrees Celsius, only around 284 gigatons of CO2 may be emitted worldwide.

The concentration of CO2 in the atmosphere has continued to rise despite the coronavirus pandemic. The so-called Keeling curve reached a new record level in March this year. The Californian research center Scripps Institution of Oceanography, which has been recording the CO2 concentration in the air in Hawaii since 1958, currently measures a value of over 418 ppm (parts per million). According to scientists, this is the highest level in millions of years.

The Keeling curve is considered to be the most important environmental data set of the 20th century. It is subject to seasonal fluctuations due to the vegetation cycle and reaches its annual maximum in May. However, climate researchers are concerned about the increase from year to year. In 2020 the CO2 concentration was 415 in March and rose to 418 by May 2020. This year, the value of 418 was exceeded in March and could rise to 420 ppm in May.

US scientists have been measuring the CO2 concentration in the air from the Mauna Loa station in Hawaii since 1958. It is the oldest carbon dioxide measuring station in the world. When the investigations began there, the CO2 value was still 317 ppm. Charles David Keeling is considered to be the discoverer of the greenhouse gas effect with his metrological evidence. The increasing concentration of CO2 in the atmosphere causes the earth to heat up increasingly. In addition to carbon dioxide, there are other greenhouse gases such as methane.

In order to limit the global temperature increase to 1.5 degrees Celsius, only around 284 gigatons of CO2 may be emitted worldwide. With carbon dioxide emissions of currently around 1331 tons per second, this will be the case in about six years and nine months, i.e. the end of 2027, as the CO2 clock from the Berlin climate research institute MCC shows. The calculations are based on data from the Intergovernmental Panel on Climate Change (IPCC) from 2018. Recently, there have been increasing voices in science that it is already too late for the 1.5 degree target.

In the Paris Agreement on Climate Change in 2016, it was agreed to limit global warming to 1.5 degrees if possible, but at least to less than two degrees compared to the pre-industrial age.

Paul Janke married? Excitement about the ring on the finger...

He gives traditional CHRISTMAS CONCERT – Guildo Horn’s “Vaccine for the...

Corona lockdown: That was decided for Thuringia

Federal government’s plan: Afghanistan mandate until the end of the year