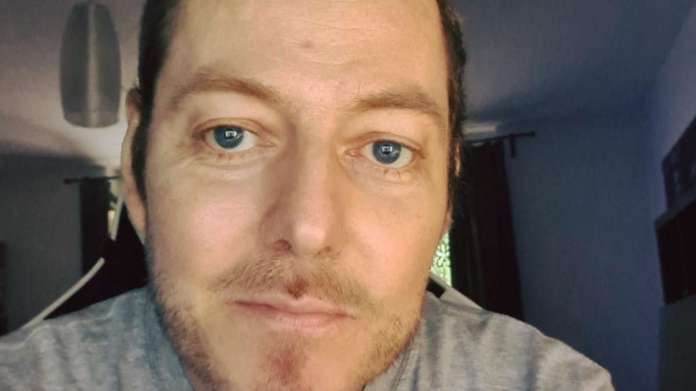 The Cologne music scene mourns the loss of “5 to 12” guitarist Guido “Haetty” Mauss. At the age of 45, the popular musician lost the battle against his illness.

Cologne – The popular Cologne musician Guido Mauss is dead. At the age of 45 he lost his battle against blood cancer. Only a few months ago, the hope and belief that we would have conquered leukemia were still so great.

Lukas Podolski and fans did everything: “5 to 12” guitarist Guido Mauss loses the fight against cancer

At the end of 2019, his fate took many people with it. The guitarist of the Cologne band “5 vor 12” was urgently looking for a stem cell donor. Especially in fan circles of 1. FC Köln there was great sympathy. Well-known Cologne residents such as Lukas Podolski and Henriette Reker also called on the Cologne “Express” to search.

And the big typing campaign was successful. A suitable donor was found after less than a month. “The year couldn’t have started better for us,” said band colleague Sven Caßebaum in January 2020. Guido “Haetty” Mauss’ life seemed to have been saved. His body had accepted the donation.

In May, the musician was able to leave the clinic, his fiancée Daniela now reports to “Express”, “We really enjoyed the summer, we were able to do what Corona allowed.” It is now important to her that no false information is given Went round, she says.

The couple received the bad news in November. The cancer was back. Another donor was quickly found. At first, Guido’s body reacted well again. But then all of a sudden the great hope was shattered.

Guido got pneumonia. Unfortunately, his weakened immune system did not survive this. He passed away on Thursday March 25th.

The Cologne music scene is deeply affected. Colleagues say goodbye to a special musician who still had so much to do. “At one of my last meetings with him, he talked for hours with sparkling eyes about the mysteries of the Titanic and painted plans for his studio in great detail,” writes “5 to 12” singer Sven Caßebaum on Facebook, “it hurts a lot these plans can no longer be realized. That feels terribly wrong. “

“He was one of the most musical people I have ever met. A very special bird. Unpredictable, incredibly funny and behind his sometimes coarse facade a soft soul ”, mourned Cassebaum. On behalf of many colleagues, the Cologne cult musician JP Weber said briefly and succinctly to the “Express”: “I am very sad.”

A few months ago, very sad news hit the scene like a blow. Gino Trovatello was found dead in his apartment at the age of only 58.

Ski resorts and experts skeptical: could FFP2 masks save the ski...

Women’s monobob – skepticism and rejection before the premiere – bobsleigh...