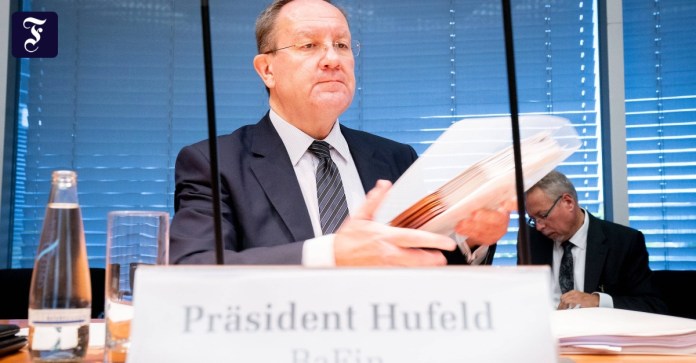 Dhe outgoing head of the Bafin financial supervisory authority, Felix Hufeld, has admitted omissions in the fraud scandal involving Wirecard AG. After the ban on speculation on falling share prices, the Bafin did not make it clear enough that this did not mean taking sides with Wirecard, said Hufeld on Friday in the Bundestag investigative committee. That was undoubtedly a failure. In contrast to the information available at the time, the ban itself was “almost imperative” for him. “To do nothing, that seemed completely out of the question to me,” said Hufeld.

The Bafin wanted to take action against so-called short sellers who bet on falling prices and therefore often publish negative information about a company. The ban on short selling, which was imposed more than a year before the Wirecard collapse, underscored the impression that many investors felt that reports of irregularities at Wirecard were wrong and that the company was merely the victim of an attack.

Hufeld said that the Bafin actually wanted to clearly communicate that market confidence should be protected and not a single company: “We didn’t succeed well.” In retrospect, this should have been written directly into the order on the short sale ban.

“Bafin is regarded as one of the most powerful regulators worldwide”

The ban was triggered by information from the public prosecutor regarding an impending short sale attack and alleged blackmail of the company. He and Bafin Vice-President Elisabeth Roegele had the impression that they could “actually do security in the real sense,” said Hufeld.

The story about a blackmail attempt sounded outrageous, but it came from one of the largest public prosecutors. Therefore, they have been taken seriously. Hufeld has to vacate his post as Bafin boss at the end of the month.

Despite the Wirecard scandal, German financial regulators consider Hufeld to be one of the best in the world. “The Bafin is – without a doubt – seen worldwide as one of the most powerful supervisory authorities,” said the 59-year-old on Friday evening.

“This is not world-class supervision, this is the lowest district class”

His successor at the top of Bafin will be Mark Branson in the middle of the year, who will come from the Swiss Financial Supervisory Authority. This week in the Bundestag Finance Committee, he said that Germany needed world-class supervision and change for it. The CSU finance politician Hans Michelbach said the latest surveys in the U-Committee painted a harrowing picture of the Bafin. Apparently she was completely overwhelmed. “This is not world-class supervision, this is the lowest district class.”

According to Hufeld, the Bafin “must become wiser from bitter experiences”. In particular, employee transactions with Wirecard shares should have been at least more closely controlled. Trading in individual stock market stocks is absurd for employees of the authority, even if they have no inside knowledge. This has now been banned, but it has not been a priority for a long time. “With today’s knowledge, I regret it.”

The payment processor and former DAX group went bankrupt in June 2020 after uncovering a 1.9 billion euro hole in the balance sheet. The Munich public prosecutor’s office accuses several ex-managers of, among other things, commercial gang fraud, falsification of accounts and market manipulation. The committee of inquiry is supposed to clarify which mistakes the government and authorities made in the case.

Hufeld said that any agency would reach its limits with deliberate deception. Given the size of the scandal, many things were not effective in many places. As an example, Hufeld cited the two-stage balance control procedure from Bafin and the German accounting auditor, known as the “balance sheet police”. This system is ineffective and should be abolished.

SPAR provides customers with a free FFP2 mask for shopping 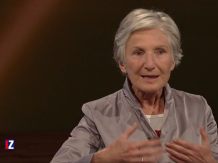 Griss: “Compulsory vaccination will be the only solution” – Coronavirus –

Laschet: Digitization and climate prominent in the election program | ...