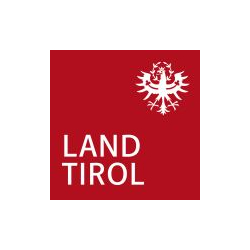 Obligation to test applies from March 31, 2021, midnight to April 14, 2021, midnight – at the request of the Ministry of Health, an exit test is also mandatory for North Tyrol in the same period

Innsbruck (OTS) – Due to the occurrence of the British coronavirus mutation with additional mutation features (B.1.1.7 with E484K addition), in close coordination between the district administration of Kufstein, the Corona task force of the State of Tyrol, the Ministry of Health and the General Directorate for Public Health in Vienna From Wednesday, March 31, 2021, midnight to Wednesday, April 14, 2021, midnight, an exit test for the Kufstein district has been implemented. The start Wednesday is therefore chosen in order to be able to expand more test capacities in the district by then. In addition to the already existing test offer, further test stations will be set up in the Kufstein district, where the population can do a PCR gargle test (as soon as the locations and opening times have been determined, this will be communicated separately again). This means that the existing measure for the Schwaz district will also be extended to the Kufstein district at the suggestion of the health authority in Kufstein. After the South African variant was successfully pushed back by the Tyrolean health authorities due to the very strict measures taken, the British virus mutation is increasingly gaining ground in Tyrol, as in other parts of Austria and Europe. In currently 216 cases, positive samples of this British variant show further mutation features, the so-called E484K addition. According to AGES, this special form has only appeared sporadically in other parts of Austria in the past. At the request of the Ministry of Health, as a precautionary measure, a mandatory exit test from the state of Tyrol excluding East Tyrol will be implemented in the same period (March 31, 2021 up to and including April 14, 2021), which will be checked on a random basis. A negative PCR or antigen test is used as evidence for all test obligations.

The Directorate-General for Public Health is currently medically investigating how the properties of this British type of virus affect our epidemiological events. So it is crucial which effects this type of virus has on the protective effect of the Covid vaccination. Following coordination with the federal government, the state of Tyrol is therefore taking the following measures: Analogous to the current test obligation for the Schwaz district (currently valid exit test obligation up to and including April 1, 2021), an exit test obligation will also be introduced for the Kufstein district. The test obligation is based on a regulation of the responsible health authority BH Kufstein, the district administration has already taken all preparatory measures. The compulsory test in the Kufstein district begins on Wednesday, March 31st, 2021, midnight, and is valid until midnight on Wednesday, April 14th, 2021. In addition, in Tyrol, as in the last few weeks, strict local measures (compulsory testing when crossing the municipal boundary) in connection with a test offer in the affected municipalities will continue to be implemented in the event of clusters occurring in municipalities. In the Kufstein district, the health authority has also prescribed an FFP2 mask requirement in selected public places. In addition, as mentioned, the Ministry of Health requested an exit test from North Tyrol, which will be implemented in the same period.

“We are monitoring the situation very closely and as a precaution we are applying particularly strict standards in order to contain this type of coronavirus as best as possible. That is why we are now also implementing the mandatory exit test for the Kufstein district and for North Tyrol. In addition, the very strict approach taken by the health authorities in contact tracing over the past few weeks is also used in these cases, ”the head of the Corona task force informs Elmar Rizzoli. As a result, the South African virus mutation in Tyrol has already been reduced from 193 cases to the current 25 cases and brought under control. “But we also need the active help of the population and urgently request the Tyroleans to continue to be tested regularly, to keep their distances, to wear an FFP2 mask, to adhere to the hygiene regulations and not to hold large meetings in private”, so Rizzoli. The health authorities are currently recording 216 actively positive cases of the British virus mutation with further mutation characteristics (E484K) in Tyrol, around three quarters of them in the Schwaz district (103 cases) and in the Kufstein district (54 cases). According to the current state of knowledge, one of the 28 Covid patients currently under intensive care in Tyrol’s hospitals has this special virus mutation.

Professional boxer Zachary Wohlman has died at the age of 32

Germany does not want to follow WHO recommendation on remdesivir –...

EM qualification: a fixed place for EM within reach

Crime in the Canton of Zurich – The number of young... Philadelphia Flyers find their way back to winning ways against Rangers...