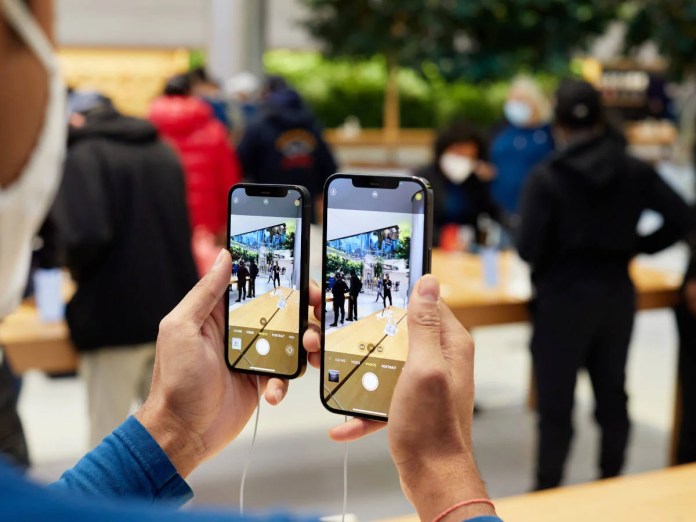 Foldable smartphones from well-known Android manufacturers have been around for some time. The Mate X from Huawei and the Samsung Fold, which is already available in the second generation, were able to convince in part in the test. In addition to the foldables that are folded in width, there is also another design that makes the cell phone smaller. For example, Samsung has the Galaxy Z Flip on offer, while Motorola has resurrected the Razr. In the same format, some observers are now expecting the introduction of a foldable iPhone from Apple.

iPhone Flip: Futuristic iPhone 12 with a kink in the middle

The new concept from LetsGoDigital and Designer Technizo Concept is said to be based on the latest rumors about the foldable Apple smartphone. This includes the use of a flexible OLED display from Samsung. Until the launch, Apple could also rely on mini LEDs here.

If the general design is reminiscent of the current iPhone 12, a look at the details reveals some changes. The notch, the small notch in the display that houses the selfie camera and other sensors, is a little smaller. Here you have based on the rumors about the expected iPhone 13 or iPhone 12s. The notch should also shrink a bit for the first time in the next regular iPhone generation.

On the back, you use the camera layout of the iPhone 12 Pro Max with three sensors. The more interesting detail here is an additional display so that the owner can see important messages even when folded.

Specific details of how this display could look in reality are currently not known. Here the designer let his creativity run free. In addition to the time and date, Technizo Concept assumed that small symbols indicate incoming messages, missed phone calls or other notifications.

When will Apple send its Falter into the race?

Apple is currently not only working on a flip iPhone. In addition, there is allegedly a model that uses two separate, side by side displays – similar to Microsoft’s Surface Duo. The rumors about a possible launch date for the foldable Apple smartphone currently range from the end of 2022 to the year 2023. So it will probably be some time before we will officially see a foldable smartphone from Apple.

New virus mutation is not yet widespread in Germany, according to...

Interactive map: This is where the vaccination centers in Bavaria are...

Perfumery or drugstore? – How Douglas tricked the lockdown

Covid-19 is arguably three times as deadly as flu