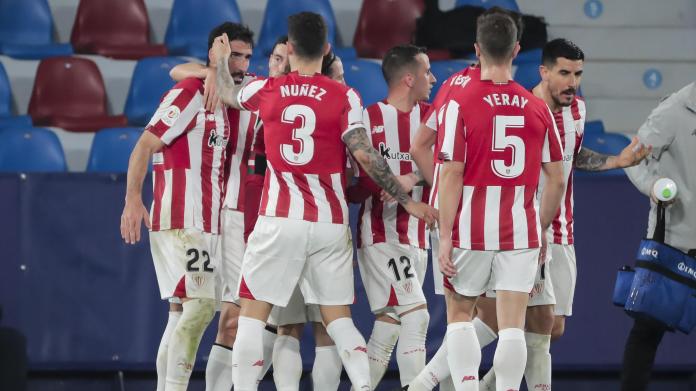 Athletic Bilbao made it into the second final on Thursday evening with a 2-1 nV in the semi-final second leg at UD Levante. Álex Berenguer (112.) scored to win.

With this coup, the 23-time cup winner even made it onto the front page of the “Marca”, which is usually occupied by record champions Real Madrid. “Athletic is unique!” Was the headline, the club is having “a magical year”.

The cabin party was accordingly wild. As in the Supercup success, striker Asier Villalibre took the trumpet out in mid-January with wins over Real (2: 1) and Barca (3: 2 a.

“These players go down in the club’s history. The fans should be proud of them,” said coach Marcelino, who took over Bilbao in early January.

Now the table tenth in the Primera Division can win three titles in just 90 days.

You might also be interested in: Three things that stood out: That’s why Klopp experienced his blue miracle against Tuchel

“The forgotten man”: Tuchel and the difficult Havertz case

What does the inventor of the mouse think of the series...