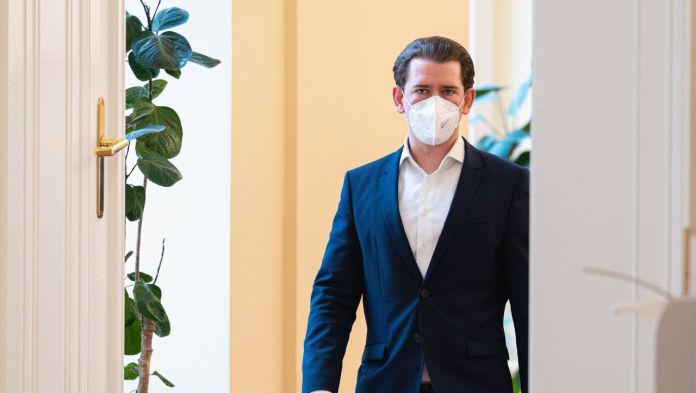 The European Union (EU) has bought vaccines together and also wants to distribute them among the member states. According to Austria’s Chancellor Sebastian Kurz, however, this is more bad than right. He insists on a change in vaccine distribution in Europe.
Briefly wants to bring the issue up in consultations with his EU colleagues on Thursday, if there is no solution by then, said the conservative head of government of the “world”. The cans were not delivered to all EU countries at the same time as agreed and according to the proportion of the population, but according to the order quantity, argued Kurz. “But we cannot have any interest in the fact that the gap within the European Union in terms of the vaccination of the population continues to widen and that we thus create second-class EU member states,” he told the “Welt”.
The Chancellor’s fear: Without a change of course, some member states would already achieve so-called herd immunity at the end of May, while other countries would not achieve until late summer or towards the end of the year. Kurz added: “The citizens of Europe rightly expect us to find a solution to vaccine distribution, because solidarity within the European Union is at stake.”

Germany is against the Austria plan

Germany is against the redistribution of vaccines in the European Union called for by Austria and other countries, as European State Secretary Michael Roth (SPD) had previously made clear on Tuesday.

Roth had pointed out that Austria and some other countries had not exhausted the vaccine contingents they were entitled to based on their population size. These quantities were offered to other EU countries. There is no reason to change the distribution procedure. Bulgaria, Croatia, Latvia, Slovenia and the Czech Republic also joined Austria’s complaint.

RTL / ntv trend barometer: a bad year for the AfD

36-year-old stopped motorists and attacked him with knives

According to Oliver Pocher, Jenke gets that much money for extreme...

Who will be a millionaire: Student lurches over a simple NRW...

Coronavirus: Conference of Ministers of Education decides a step-by-step plan for...