The seven-day incidence in Germany continues to rise. According to the Robert Koch Institute (RKI), the value of new corona infections per 100,000 inhabitants within a week is 129.7, as shown by figures from Sunday morning. The number is now higher than it has been since January 19 (131.5).

On Saturday the RKI had given the incidence as 124.9, on Friday with 119.1. The value is an important key figure for the course of the pandemic. A week ago it had passed the 100 mark. After the number of new infections fell significantly in lockdown by around mid-February, the number of infections recently rose sharply again – which experts also attribute to the widespread spread of more contagious variants.

Opposition politicians and trade unionists are calling for more generous support for parents due to the increasing pandemic-related childcare shortages in daycare centers and schools. “In view of the increasing number of infections and more contagious virus mutations, it is foreseeable that the additional days of childhood illnesses previously planned will not be sufficient for many families,” said the deputy chairman of the Green parliamentary group, Maria Klein-Schmeink World on sunday. She calls for the regulation to be expanded.

Since day-care centers and schools will be closed again and again nationwide, the support offer must be expanded, demands the FDP health politician Katrin Helling-Plahr: “Many families have long since used up the additional childhood illness days,” she said. In addition, the regulation currently only applies to parents with statutory health insurance. Many self-employed are left out. Helling-Plahr demands that the Union and the SPD “create an adequate standard for all parents who look after their children due to the pandemic”.

Anja Piel, member of the board of the German Trade Union Federation, supports the demand for an expansion of the days of childhood illnesses and sees Federal Health Minister Jens Spahn (CDU) as having an obligation: “The funds for this, which are advanced from the contributions of those with statutory health insurance, have to come from the tax pots to the health insurance companies flow back. That is a promise that has not yet been kept. “

Figures from the AOK available to the newspaper underline how high the need is. Accordingly, the eleven AOKs in Germany paid out 23.28 million euros in child health benefits in February 2021 – around 57 percent more than in the previous year. So far this year, working parents are entitled to twice as many childhood illness days. You can apply for 20 days per child if you have to look after it yourself due to the current restrictions and therefore cannot work. Single parents can stay at home with their child for 40 days.

Spahn considers it necessary to shut down mobility

Federal Health Minister Jens Spahn (CDU) considers a further lockdown of ten to 14 days to be necessary. “If we take the numbers, including the developments today, we actually need another ten or fourteen days to really shut down our contacts, our mobility,” said Spahn at an online discussion event organized by the federal government, where citizens could ask questions. A lockdown is necessary, similar to that at Easter last year, said Spahn. He would also prefer to spend Easter with the larger family, he said. “But it just won’t work this year.” If it is possible to break this wave before it gets too big in April, then opening steps are also possible afterwards, as in Tübingen.

There is currently a much-noticed model project underway, in which the nationwide option for voluntary tests makes it possible to open cafes and theater events for people who tested negatively. But the attempt is expensive, as Tübingen’s pandemic officer Lisa Federle said at the event. Each test at one of the nine test stations in Tübingen costs the taxpayer 15 euros. Therefore, the responsibility for the self-tests “must already be placed in the hands of the population”. The corona numbers also rose again in Tübingen, Federle admitted in the video conference. Despite the numerous tests, the increase is not greater than in a national comparison.

During the conversation, Spahn also announced the first deliveries of the vaccine from Johnson & Johnson. According to this, a smaller delivery from the US manufacturer should arrive in the week of April 12th. “There will only be a small delivery for the time being,” said Spahn, probably 275,000 vaccine doses. In contrast to many others, the substance only needs to be sprayed once.

Kretschmann wants to get serious about the emergency brake

In the federal states, the so-called emergency brake is currently being discussed in various ways, through which opening steps are to be withdrawn if the number of cases continues to be high.

In Baden-Wuerttemberg for example, the government is pushing for compliance. Prime Minister Winfried Kretschmann does not want to allow any more delay. “That is strictly enforced. There is no more wasting time,” said the Green head of government. According to reports, there is growing anger in the state government with urban and rural districts that initially do not apply the emergency brake systematically, although they have exceeded the limit of 100 new infections per 100,000 inhabitants in one week for more than three days. Kretschmann emphasized that the emergency brake was “a sharp instrument, especially with us because we do it with exit restrictions”. However, the state government had already announced on Friday that there would be an exception to the contact restrictions over Easter.

In Mecklenburg-Western Pomerania the measures are partially tightened. In regions with a seven-day incidence of more than 100, nocturnal exit restrictions will be possible in the future. If the infections are classified as locally indefinable, exit restrictions are to be introduced there from 9 p.m. to 6 a.m., as Prime Minister Manuela Schwesig (SPD) announced on Saturday. In regions with a seven-day incidence of more than 150 new infections per 100,000 inhabitants, additional restrictions should apply. These include closings of zoos, animal parks, museums and driving schools, as can be seen from the decision paper of the state corona summit. The nationwide incidence value climbed to more than 100. In the meantime, none of the two independent cities or none of the six rural districts are below the important threshold of 50.

In Berlin If the Senate continues, the Senate will maintain the most recent easing, but wants to secure it by significantly expanding corona tests. From Wednesday, a negative corona test is required for every Berliner in order to be able to go shopping in stores. This also applies to visits to the hairdresser and museums, but not to so-called system-relevant trading structures such as supermarkets, pharmacies or drugstores, which were always open even during lockdown. Berlin is thus deviating from the agreement between the federal and state governments in early March on a so-called emergency brake. The governing mayor Michael Müller (SPD) announced this after a Senate meeting on Saturday. Last Tuesday, the Senate had already decided to extend the lockdown to contain the pandemic until April 24th at the latest.

In Brandenburg the emergency brake comes into force in many circles. According to the Ministry of Health, the seven-day incidence on Saturday was around 135 cases per 100,000 inhabitants, after just under 130 on Friday and around 129 on Thursday. Because of the increasing numbers, the latest corona easing has to be withdrawn in more and more counties. Cottbus and Frankfurt (Oder), among others, are affected.

In North Rhine-Westphalia Many large cities and districts with a particularly high infection rate want to avoid a return to strict lockdown from Monday with the help of rapid tests. Surprisingly, on Friday the country allowed exceptions to those areas in which the emergency brake should actually be applied due to long-lasting high corona weekly incidences: If there are enough test options, shopping with an appointment, visiting the zoo or museum and body-friendly services for people should be included daily negative corona rapid test are allowed. The cities that will implement this test option from Monday include the city region of Aachen, Duisburg, Leverkusen, Gelsenkirchen and Herne and the districts of Herford and Borken. The megacity of Cologne, the incidence of which is also over 100, had announced that it would refrain from applying to the state due to the sharp rise in the number of cases.

USA: Lisa Montgomery is said to be the first woman to...

Ex-star Hirscher rules out a comeback: “No chance”

ARK 2: Survival game gets a sequel 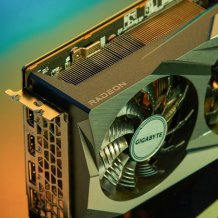 In Brandenburg, wolves should soon be easier to shoot – BZ...

3,480 people are vaccinated against the corona virus in the state...