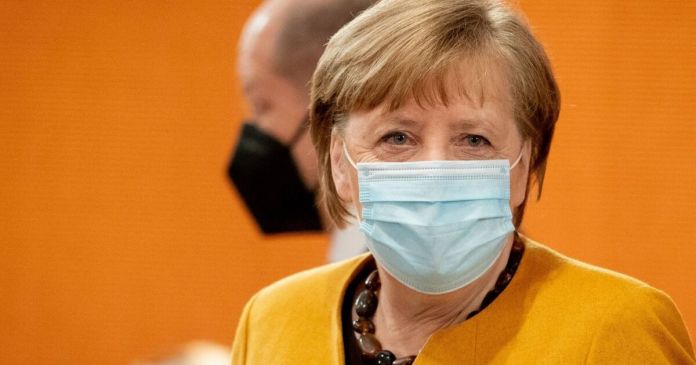 Several participants said that Merkel would not resign. Merkel wanted to speak in a press conference at 12.30 p.m. In addition, she wanted to answer questions from MPs in the government survey in the early afternoon in the Bundestag. However, this date had been fixed for a long time.

After the resolutions of the Bund-Laender Roundtable, displeasure arose above all from the fact that, despite almost twelve-hour discussions, the implementation of key points was still open. It was planned that Thursday and Saturday in Germany should be rest days similar to Sundays or public holidays. On Maundy Thursday the entire economic life should be able to rest, on Holy Saturday only the food trade in the narrower sense should be able to open.

The debate is determined by the increasing number of new infections and the warning from the Robert Koch Institute, for example, that the numbers could rise very sharply until Easter due to the spread of more contagious virus variants. The RKI again reported higher numbers of new corona infections. On Wednesday they were 15,813, 2378 cases above the value of the previous week. The seven-day incidence, however, remained at 108.1 compared to the previous day. The value indicates how many people per 100,000 inhabitants have been infected with the corona virus in the past seven days.

“The situation is still dire and we have to extend the lockdown,” said CDU leader Armin Laschet. “If this continues as it is at the moment, we will be well over 200 incidence after Easter and we will then come back to the limits of the resilience of the healthcare system.”

Parler fails with lawsuit against Amazon

Chancellor plans step by step: Merkel hopes to win over the...