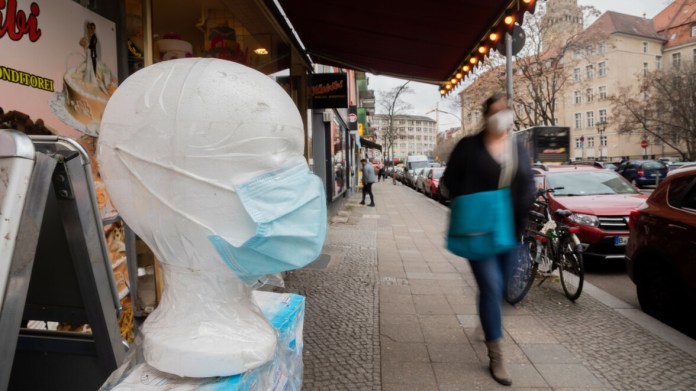 In Berlin, the number of registered new corona infections continues to rise. According to the latest situation report from the Senate Health Administration, there were 118.2 reported infections per 100,000 inhabitants within a week. On Tuesday, this seven-day incidence was 102.3; in the previous days, the value was just below 100.

In the districts, the values ​​sometimes differ widely. The densely populated one is hardest hit Mitte district with a seven-day incidence of 164.4. Has the second highest value Marzahn-Hellersdorf with 142.6, then Neukölln with 136.4. Significantly lower – around 100 – these incidences are in Treptow-Köpenick, Steglitz-Zehlendorf. Charlottenburg-Wilmersdorf and Pankow.

Since the beginning of the corona pandemic, a total of 141,001 infections have been registered in Berlin. That was 1268 more than the day before. 130,405 people are now considered recovered (plus 572). 12 other people died after a corona infection. The number of deaths rose to 3,023.
In the Berlin Corona traffic light, the incidence is still red. With the so-called R value, it remains just below the green range at 0.9. The R value indicates how many people an infected person infects on average. Values ​​above 1 make it harder for the pandemic to subside.

The location of the hospitals in Berlin is still displayed in yellow: 16.6 percent of the intensive care beds are currently occupied by Covid 19 patients. The critical limit in Berlin is defined at 25 percent.

Giant ships break through ice on the edge of the world...

Agreement between the federal and state governments: General practitioners join the...