The coronavirus numbers continue to rise in Germany before Easter. A look at the beginning of the month shows: the incidence was already far down. The news ticker.

Update from March 30th, 6.30 a.m .: On Tuesday morning, the Robert Koch Institute (RKI) reported a slight increase in the seven-day incidence in Germany: The value is now 135.2. The day before, the RKI had reported 134.4 new infections per 100,000 inhabitants per week. The sad development: at the beginning of March the value was still below 70 – a number that one can only dream of at the moment. The data reflect the status of the RKI dashboard from 5.20 a.m., subsequent changes or additions by the institute are possible.

The health authorities in Germany, with the exception of Baden-Württemberg, reported 9549 new corona infections to the RKI within one day. In addition, 180 new deaths were recorded within 24 hours. According to the RKI management report from Monday evening, the nationwide seven-day R-value was 1.10 (previous day: 1.17).

Update from March 29th, 8.45pm: The Mallorca trips of many Germans cause Chancellor Angela Merkel (CDU) to be upset. But there will be no ban on foreign travel in the Corona crisis for the time being.

Coronavirus pandemic in Germany: Additional vaccine doses for Bavaria and other federal states

Update from March 29th, 8:10 pm: Bavaria receives additional vaccination doses for its border areas with the Czech Republic, in which the 7-day incidence is particularly high due to the spread of the coronavirus variant B.1.1.7.

This is what the “Münchner Merkur” * reported in its print edition on Tuesday, citing the Federal Ministry of Health. Accordingly, there are 105,300 additional vaccination doses from the German manufacturer Biontech.

“The virus variants are spreading particularly in our border regions,” said Federal Health Minister Jens Spahn (CDU) of the newspaper. “In this way, the federal states can quickly and effectively increase the vaccination quotas at the border.” Other federal states will also receive even more corona vaccine doses from Biontech in the short term.

Update from March 29th, 7.30 p.m .: Between 10 p.m. and 5 a.m., a night curfew will soon apply again in several German districts. Namely in the Lower Saxony districts of Cloppenburg, Emsland and Peine as well as in the region around the state capital Hanover (around 530,000 inhabitants).

In and around Hanover, the nocturnal exit restrictions are to come into force on Thursday (April 1st) and apply until April 12th. In Lower Saxony, the nationwide 7-day incidence on this Monday was 117.8, according to the Robert Koch Institute (RKI).

Update from March 29th, 7:10 pm: It is supposed to be an immediate hard lockdown. For all of Germany. This is what the German Interdisciplinary Association for Intensive and Emergency Medicine (DIVI) demands in view of the drastically increasing number of corona cases.

“We have to get down from the high numbers! Now. Immediately, ”said DIVI President Gernot Marx according to FOCUS Online. A hard lockdown can be “over the Easter holidays realize well. This will save numerous human lives and protect even more from lifelong long-term consequences of Covid-19 ”. As of March 29th were loud Intensivregister From DIVI and Robert Koch Institute (RKI) more than 3560 intensive care beds in Germany occupied with coronavirus patients – and the trend is rising.

Update from March 29th, 6:10 pm: The district of Euskirchen in North Rhine-Westphalia has temporarily stopped vaccinations with Astrazeneca for women under 55 years of age. A 47-year-old woman who had been vaccinated had died last week – now the suspicion of a “serious illness” of a 28-year-old after the Astrazeneca vaccination had been reported. Both women had therefore suffered a sinus vein thrombosis. The 28-year-old is in stable condition and is being treated in a special clinic.

“The district of Euskirchen informed the district government and the NRW Ministry of Health about the new situation at noon today and announced the moratorium. This is a precautionary measure until the responsible specialist departments have come to a final assessment, ”it said in a message. Means: A connection between the incidents and the vaccination with Astrazeneca is currently unclear.

The decision to stop vaccination was made by the crisis team after professional advice from the head of the health department and the chief vaccinator. The vaccinations with Astrazeneca for men and women over 55 will continue as planned, as will the vaccinations with the Biontech vaccine.

Update from March 29, 4:22 p.m .: A chief doctor in the Zittau district is said to have died as a result of a corona infection. Medical staff have a lot of contact with sick people, which is why infections occur again and again despite the precautionary measures. As the picture reports, the head of the department for internal medicine at the Zittau Clinic has now died.

The 61-year-old was already different on March 11th at the Dresden University Hospital. The paper cites an obituary notice from his colleagues. “It is tragic that the chief physician, who helped the corona patients on the front line, was himself a victim of this treacherous pandemic,” quoted the picture now Zittau’s Lord Mayor Thomas Zenker.

In addition, another medic is said to be in treatment. Also a chief physician. The Rostock is in an intensive care unit in a Berlin clinic, it is said. Merkur.de* reports in detail.

Update from March 29, 2:15 p.m .: Severe disease courses will occur more frequently in young people than before, warns Eva Grill, President of the German Society for Epidemiology. Most recently, the number of deaths among the very old has declined. This is mainly due to the progress made in vaccination in the vulnerable groups. The majority of the unvaccinated population groups, i.e. people under 69 years of age, are now more at risk.

If the number of infections continues to rise, this will also lead to more and more seriously ill people. “Only then in the younger age groups,” says Grill.

“The problem is that with a further increase in the number of cases, the proportion of virus variant B.1.1.7 will continue to rise,” she told the German Press Agency. The British mutant is considered to be more contagious and also more dangerous, “as it is likely to be associated with severe disease processes.”

Origin message: Munich – The health authorities have reported 9,872 new cases to the Robert Koch Institute. Accordingly, more than 2,000 people were infected on Monday (March 29) more than a week earlier (7,709 new infections on Monday, March 22). At the same time, the death rate fell slightly. 43 people died as a result of a corona infection. In the previous week there were 50.

This also increased the 7-day incidence. On Monday morning, according to the RKI, it was 134.4 nationwide (previous day 129.7). However, the 7-day R-value should soon be decisive for corona measures. The Bundestag and Bundesrat will soon set the new criteria for justifying lockdown rules in a change in the law, it says.

The R-value (or reproduction number) provides a picture of the infection process over the past few days. It describes how many other people a corona infected person has infected on average. If it is above 1, it means that the virus is spreading. For Monday, the RKI calculates a 7-day R-value of 1.17.

Corona in Germany: “Have been ignored to this day” – veterinarians want to vaccinate

Another central point of the rumored new Corona guidelines should be the progress of the vaccination campaign in Germany. Could the pace be increased significantly? A whole group of doctors has so far been left out.

“At the beginning of December, we already offered the federal government our support with corona vaccination,” said the President of the Federal Association of Practicing Veterinarians, Siegfried Moder, of the “Neue Osnabrücker Zeitung”.

“But our offer of help has been ignored to this day,” says Moder, disappointed and insists on change. “You can do that if you have the situation under control. In view of the third wave and the daily bad news, however, we consider this ignorance to be grossly negligent. ”

Vets in the USA would already vaccinate “as a matter of course”, he continues to denounce. That contributes significantly to the success of vaccination progress and thus to containment of the pandemic. According to Moder, two million people a month in veterinary practices could easily be vaccinated in Germany. Neighboring France is currently preparing this vaccination novelty. * Merkur.de is an offer from IPPEN.MEDIA. 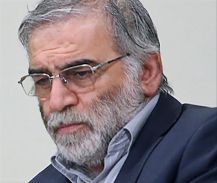 Tamedia survey on Corona – Swiss vaccination strategy is in place...

Cold winter is returning – with plenty of snow