An RKI expert predicts that the Easter lockdown could have a significant impact on the incidence. The mutants meanwhile continue to spread.

Update from March 23, 10:28 p.m .: The Corona variants * are displacing the original virus more and more rapidly. In Baden-Württemberg, for example, their share was already 82 percent in the past calendar week. In the previous week it was 68 percent. As the State Health Office announced on Tuesday in Stuttgart, this corresponds to an increase of 14 points compared to the previous week. These values ​​come from the ALM, the association of accredited laboratories in medicine.

For Germany, the RKI figures also reveal a clear trend. In calendar week 10, the proportion of variant B.1.1.7 was around 64 percent. In the previous week, their share was 55 percent. The analysis of the seven-day incidence of the last few weeks shows, according to the RKI, an exponentially increasing trend since calendar week two. Meanwhile, the positive rate of the tests has risen to around 6.8 percent. This corresponds to a slight increase compared to the two previous weeks, at that time the proportion was around 6.1 percent.

Angela Merkel probably also referred to these numbers when she spoke of a “new pandemic” at the corona summit at night. Because especially the British mutation, experts and Angela Merkel classify as significantly more dangerous.

Corona in Germany: RKI epidemiologist with a clear prognosis for Easter lockdown

First report from March 23rd: Berlin – The epidemiologist Dirk Brockmann from the Robert Koch Institute * (RKI) considers the tightening of the corona measures over Easter to be effective. “In my opinion, that could have a very positive effect, because a whole series of days are quasi rest days, so Sundays,” Brockmann said on Tuesday morning Deutschlandfunk. Already at the “breakwater” in spring it was shown that many people had cut their activities. “And then (…) one or two weeks later that had a very strong effect on the number of cases because there were far fewer contacts”.

According to a decision by the federal and state governments, from Maundy Thursday to Easter Monday – i.e. from April 1st to 5th – public, private and economic life is to be largely shut down throughout Germany in order to break the third wave of the corona pandemic *. According to this, the grocery store should only remain open on Holy Saturday (April 3).

Corona in Germany: The whole country is experiencing an “exponential increase” – infections are rising sharply again

“Of course, these measures will have a positive effect, but how much is very, very difficult to calculate,” said Brockmann. In Germany one is currently experiencing an “exponential increase” in the number of infections, “with the number of cases doubling every two weeks, perhaps even on a shorter scale,” emphasized Brockmann. Without further measures at Easter, there could be up to 60,000 new infections every day in Germany under these conditions.

According to figures from the RKI on Tuesday, the health authorities in Germany reported 7485 new infections within one day, around 2000 more than a week ago. In addition, 250 new deaths were recorded within 24 hours, which was also more than a week ago, namely an increase of 12. The incidence value * of new infections per 100,000 inhabitants reported within seven days continued to rise and, according to the RKI, was 108 nationwide on Tuesday morning , 1 – slightly higher than the day before (107.3).

“Anything that reduces contacts brings something,” said Brockmann when asked about the effectiveness of the exit restrictions * mentioned in the decision and tightened contact restrictions as part of the “emergency brake”. “In my opinion, however, it is very important that systematic test strategies * are carried out in companies,” emphasized the epidemiologist. (dpa / fmü) * Merkur.de is an offer from IPPEN.MEDIA

WhatsApp gets cold feet after a user exodus

Hardship measures – The Nidwalden government issues an emergency ordinance for... 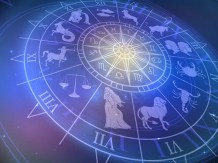 Tarot: who will find the right partner?