The number of registered new corona infections has risen by 212 cases in Mecklenburg-Western Pomerania since Tuesday (as of Wednesday, 4:39 p.m.). Overall, the State Office for Health and Social Affairs (LAGuS) reported 27,291 infections in the country since March 2020. According to an estimate by the Robert Koch Institute (RKI), 24,291 (+236) of the people who tested positive in Mecklenburg-Western Pomerania have recovered from Covid 19 disease. The number of deaths in the northeast is 817 (+1). According to the LAGuS, 181,444 vaccine doses have been administered in the northeast (as of March 17). According to this, 122,095 people received a first vaccination (vaccination rate 7.59 percent), 59,349 also the second (vaccination rate 3.69 percent).

The incidence value in MV is now 63.7

Currently 236 people with Covid-19 in hospital

According to the latest figures from the LAGuS and the Ministry of Health, 236 (+5) people across the country are currently being treated in a hospital for Covid 19, 50 (+10) of them are in intensive care. According to the intensive care register, 27 (-1) Covid-19 patients are ventilated invasively. The register shows 527 occupied and 104 free intensive care beds for Mecklenburg-Western Pomerania (as of Tuesday 5:19 p.m.).

46 new infections in the Rostock district

According to the LAGuS, most of the infected were or are in the district of Vorpommern-Greifswald, with 6,412 (+34) infections so far. In the Mecklenburg Lake District there are a total of 5,638 (+14) cases. So far there have been 4,255 (+40) infections in the Ludwigslust-Parchim district. 2,617 (+46) infections were reported in the Rostock district. In the district of Northwest Mecklenburg, the authorities registered 2,492 (+32) people who were verifiably infected with the corona virus. The LAGuS reports 2,374 (+25) cases for the district of Vorpommern-Rügen. The state capital Schwerin continues to have the lowest total numbers with 1,857 (+15) and the Hanseatic city of Rostock with 1,646 (+6) cases.

The education minister called for patience in view of the bumpy start. It is important that more students can now go to school again. more

Corona tests are intended to secure the opening of the schools. There, however, there are complaints about a “proliferation of instructions and duties”. more

Parents in Mecklenburg-Western Pomerania are most at risk of contracting Corona. This is shown by an AOK occupational group evaluation. more

Exit tests in two other districts

Alarming passage in the federal-state resolution: Do Covid patients actually get sick younger and longer? – Knowledge

Antibodies against COVID-19 hardly come to …

Lockdown and Corona rules: These are the new rules in Brandenburg, Saxony and Berlin 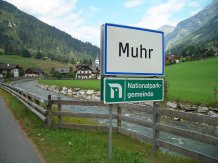 Corona / Covid-19 in Muhr: “The infections could be narrowed down”

Corona: 60,000 appointments made within one hour | NDR.de – News – Schleswig-Holstein

What caused Quartararo problems in the title fight / MotoGP

Arnold Schwarzenegger: Trump the worst president of all time

Lottery winner has not yet collected the million amount – deadline...