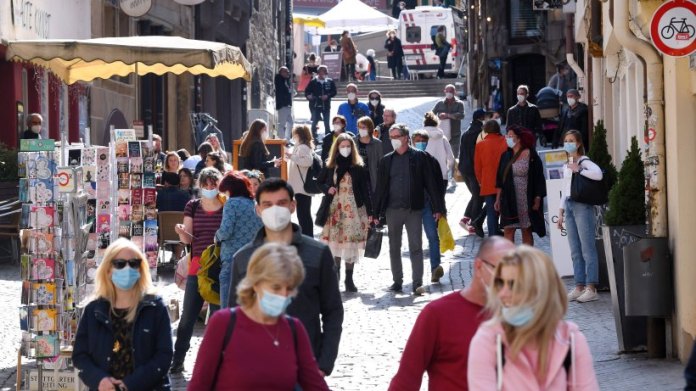 Corona in NRW: Six cities are ending the lockdown – everything could be opened HERE

Shopping, going to the cinema, visiting restaurants and cafes – in NRW should this be possible after Easter in various model regions despite Corona. This is to test whether the NRW works what the city of Tübingen is already showing.

As the “WDR” reports, many cities have already decided NRW advertised as a model region with the state. However, only up to six of them are selected.

To from the state government NRW To be chosen as a model region, certain requirements must be met.

Corona in NRW: State presents new Corona Protection Ordinance – for some, this could soon be relaxed

On Friday, March 26th a new Corona Protection Ordinance was published, which is to apply from March 29.

As Health Minister Karl-Josef Laumann announced in a speech on the Corona situation in North Rhine-Westphalia, the Corona emergency brake does not apply nationwide.

Only if a district or a district-free city exceeds a seven-day incidence of 100 on at least three working days in a row, the measures of the corona emergency brake apply in NRW.

For trade, zoos and museums, however, there can also be exceptions to the emergency brake in NRW if there is an adequate test structure in the respective district.

In selected model regions in North Rhine-Westphalia, however, some corona restrictions could be lifted completely after Easter. However, it has not yet been determined in detail which regulations will be relaxed.

Corona in NRW: Despite high incidences – THESE cities want the “Tübingen model”

There are already numerous applications for the “Tübingen Model”. Among other things, the NRW cities of Cologne, Dortmund and Recklinghausen want to serve as model regions. So far, however, it is not clear who will be among the non-selected regions.

This is behind the “Tübingen model”:

With a seven-day incidence of 128 (as of March 26), the city of Cologne must the emergency brake must be pulled. Nevertheless, the city has submitted corresponding applications for the “Tübingen Model”. According to the “WDR”, Cologne is even expecting a commitment.

The city of Dortmund, at 127.2 (as of March 26), is also well above the approved seven-day incidence of 100. Nevertheless, the “Tübingen model” has already been discussed in a council meeting and an initiative has even been launched. As “Ruhr24” reports, Dortmund is really demanding that the feasibility of the “Tübingen model” for opening retail and outdoor catering be checked by the end of the Easter break.

This is the federal state of North Rhine-Westphalia (NRW):

The Recklinghausen district, which also registered interest, currently has a seven-day incidence of 119.2. The district has exceeded the incidence number of 100 since March 20.

Corona in NRW: THESE requirements must be met

As Lauterbach emphasized in his address on Friday afternoon (March 26th), the implementation of the resolutions is currently being examined. The respective municipalities would then be informed.

More news from the region:

NRW: Man observes bus drivers while they are driving – and reacts immediately when he sees THAT

Deutsche Post in NRW: Bad accident on A44 rest area! Parcel driver crashes into a truck

Regions that are selected are then allowed to open all public facilities and let in citizens who can show a negative corona rapid test.

Participation in the “Tübingen Model” therefore depends on two relevant conditions. On the one hand, sufficient test options must be available, and on the other hand, the use of a digital app for contact tracking is required. (mkx)

Moments of the Formula 1 season: a new Schumi, flame inferno...

DSDS: insight into the secret contracts

Shocking images from the Lipa refugee camp: Thousands have to go...

Australia turns to the WTO in the trade dispute with China