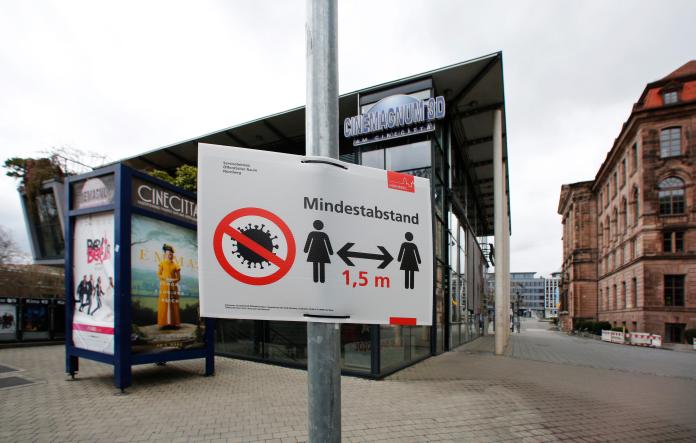 Seven-day value, vaccination status and case numbers for the city –
8 hours ago

NÜRNBERG – The Robert Koch Institute (RKI) reports a seven-day incidence of 185.4 for the Franconian metropolis for Sunday, March 28th. The previous day the value was 161.3. Stricter regulations have been in force again since March 16.

The seven-day incidence in Nuremberg on Sunday is 185.4. This means that it has risen again compared to the previous day. According to RKI data, there were 961 in Nuremberg in the past seven days Detected new infections (source: RKI, as of March 28, 2021, 3.09 a.m.).

That is the status of vaccinations

So far 77,105 (+2,037) vaccinations have been given in Nuremberg, 23,774 (+239) people have already received the first and second vaccination (source: City of Nuremberg. Status: March 26, 2021).
We update the numbers every day from Monday to Friday. The change to the previous day or to the last message is shown in brackets.
The following map shows you the incidence values ​​in Bavaria according to the Robert Koch Institute (RKI). You can find Germany-wide and worldwide statistics by simply clicking through the following graphics at the bottom left or right. Can’t see the map? Please click here.

This applies to students from Nuremberg

From March 28th there will be two weeks of Easter holidays in Bavaria. Change and distance lessons are currently generally decided from week to week. A new test system should also ensure more face-to-face teaching. This should give everyone involved planning security. The daycare centers are in emergency mode.
After a compulsory Corona break for around three months, all secondary schools in Bavaria were in principle allowed to reopen on March 15 – with alternating lessons and only in regions with a seven-day incidence below 100.

These additional rules apply in Nuremberg

The twelfth Bavarian Infection Protection Ordinance with partly new corona rules in the form of a step-by-step plan has been in force since Monday, March 8th. Gradually, it can be relaxed, depending on the incidence value. It is not the daily value that is relevant, but its development. Nuremberg is currently at the strictest level with an incidence of over 100.

Gradual easing: These are the new corona rules for Bavaria

The Bavarian cabinet announced the gradual easing on Thursday. You can find an overview of which loosening takes place and when in this picture gallery.

In addition, since January 18, Bavaria has been obliged to wear an FFP2 mask in public transport and when shopping.
Specific to Nuremberg are the public places where a mask is required to be worn. This zone was downsized on March 9th. There is no mask requirement in the pedestrian zones Breite Gasse and Karolinenstraße as well as on the main market. It is also only valid Monday to Friday from 7 a.m. to 7 p.m. (instead of 6:30 a.m. as before). A list of all streets and squares can be found here.
There are the following corona plans for Easter:

But no rest days: These rules apply until April 12th

Chancellor Angela Merkel withdrew the much-discussed Easter resolutions across Germany on Wednesday. So which rules apply in Bavaria and which don’t? An overview and an outlook on the plans after the Easter holidays.

All articles on the corona situation in Nuremberg can be found here.

What does the incidence value mean?

The incidence value describes the rate of new cases per 100,000 inhabitants in the last seven days. The information provided by the Robert Koch Institute (RKI) responsible for the nationwide figures, the Bavarian LGL and the local health authorities sometimes differ from one another. One reason for this are the different periods and times in which the data is recorded, processed and reported. More information can be found here.

These fines threaten if the corona requirements are violated

The Bavarian Ministry of Health has issued a catalog of fines for violations of the regulations to contain the coronavirus. It can be expensive for those who do not adhere to it. An overview.

Berlin’s tourism industry is hoping for a turnaround

A vote for Friedrich Merz

WhatsApp: These smartphones can no longer use WhatsApp in 2021

Billions minus after a record: German arms exports collapse