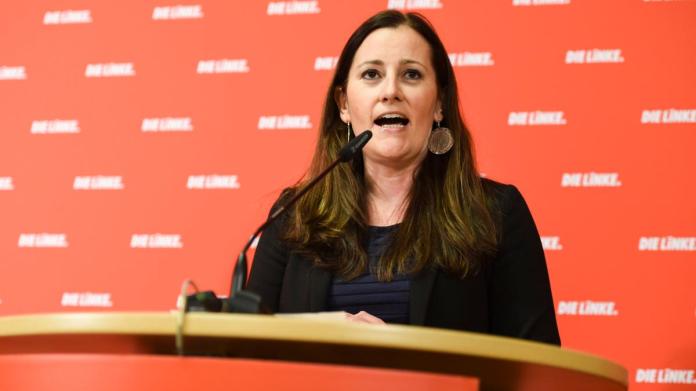 If the number of infections continues to rise, the new co-chair of the Left, Janine Wissler, calls for the closure of industrial companies to be considered. She defends her long-standing membership in the Trotskyist network Marx 21.

Dhe new co-chair of the party Die Linke, Janine Wissler, calls for a temporary closure of industrial companies to be considered during the Corona crisis. “I think that if the numbers keep going up, then you have to talk about the fact that production that is not urgently needed has to be shut down for a few days in order to break the chains of infection,” said the chairman of the left-wing parliamentary group in the Hessian state parliament in an interview the week of Deutschlandfunk. If you can’t get the numbers down and get into a permanent loop, then that is also intended for the short term economically.

“At the moment it is the case that the operating restrictions end at the company gate, but the corona infections do not end at the company gate,” said Wissler. “We have a lot of people in this country who go to work as normal, who drive to open-plan offices every day, to call centers, to production halls. And that’s where infections take place. ”Buses and trains are full.

In the fight against the virus, the vaccination rate must also be increased, said the left boss. “We have been saying for months: If the companies don’t produce enough vaccine, then we have to release the patents, then the licenses have to be released so that production can be increased.” That is not just in Germany’s interest, but also with regard to the fair international distribution of vaccines.

Criticism of her long-term membership in the Trotskyist network Marx 21, which ended in autumn, was rejected by Wissler. The Federal Office for the Protection of the Constitution has classified the group as a left-wing extremist for years. She could not take seriously the judgment of an authority that until a few years ago was headed by the “right-wing conspiracy ideologist” Hans-Georg Maaßen.

Marx 21 states that the goal is to fight for socialization through “council democracy from below”. The question of socialization is a very important question, said Wissler, specifically in the area of ​​infrastructure and public services such as health care or property ownership by large corporations. Too often, important social issues are decided in corporations.

Salzburg brings Bernardo back from the Premier League

CDU: Extreme frustration in the Merz camp can be dangerous for...

With the SHARK Force II, Sharkoon presents a 10 euro gaming...

Jill Biden on criticism of doctoral degrees: “He called me ‘kid'”