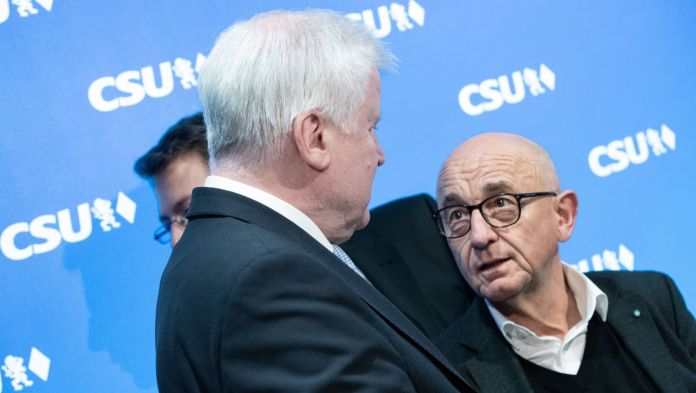 The affair about lucrative politician deals in connection with the procurement of corona protective equipment is getting worse. According to information from SPIEGEL, the Munich Public Prosecutor’s Office is now also investigating the CSU member of the state parliament and former Bavarian Justice Minister Alfred Sauter because of the initial suspicion of bribing elected officials.
As a spokesman for the public prosecutor’s office confirmed in response to a request from SPIEGEL, the investigation has now been expanded to include five suspects. Among them is now also “a member of the Bavarian State Parliament”.
According to the information, the Bavarian State Criminal Police Office is currently searching ten apartments and offices in Munich and the administrative district of Swabia. The Bavarian state parliament, to which the former Justice Minister Sauter has been a member for more than 30 years, had previously made possible the investigation against the CSU politician.

The background to the investigation is Sauter’s role in a multi-million dollar business with corona protective equipment, which a Hessian textile company had sold to the Bavarian state government, among others.

As Sauter admitted to the Augsburger Allgemeine at the beginning of March, last year he had drawn up at least one contract for a corona mask business with the Bavarian Ministry of Health as a lawyer.

He found out about the delivery company “rather by chance” and then asked the ministry. “In my work as a lawyer, I then drew up the contract, sent it to the parties involved and discussed it – everything about my law firm,” explained Sauter. “As a member of parliament, I was never involved in this matter.”

How much money the CSU politician earned with the drafting of the contract, he did not want to say so far, referring to his legal professional secrecy – to the annoyance of the CSU parliamentary group leader Thomas Kreuzer, who has demanded transparency in the affair.

According to his state parliament website, Sauter regularly earns additional income of “level 10” as a lawyer, which corresponds to income of more than 250,000 euros per year. According to the law, exact sums do not have to be published.

Initial suspicion for the »bribery of elected officials«

The affair got started by corruption investigations against Sauter’s longtime CSU party friend, member of the Bundestag Georg Nüßlein, who was accused of bribery by the Munich Public Prosecutor’s Office.

According to this, Nüßlein, who like Sauter comes from the Bavarian-Swabian district of Günzburg, is said to have collected 660,000 euros in commission through his consulting company – for brokering activities in connection with the procurement of corona protective equipment, including for the Federal Ministry of Health and the Federal Police. The alleged bribe is said to have flowed through the Liechtenstein account of an offshore company in the Caribbean. Nüßlein denies the corruption allegations.

At the end of February, investigators searched 13 residential and business premises, including Nüßlein’s representative office in the Bundestag and the headquarters of a company in the Principality of Liechtenstein. According to a search warrant, the investigators were also interested in “all physical and electronic communications” that concern Alfred Sauter.

Investigations are also being carried out against the entrepreneur Thomas Limberger from Hesse, through whose company the commission payments are said to have been processed, and the CSU-affiliated lobbyist Michael Kraess from Munich.

The public prosecutor’s office sees an initial suspicion for the “bribery of elected officials” in both businessmen. While Nüßlein denies the allegations, Limberger’s media lawyer left a SPIEGEL query on the allegations unanswered. Lobbyist Kraess has not yet been available to comment – as has Bavaria’s ex-Justice Minister Sauter.

The new accused Alfred Sauter is considered a gray eminence within the CSU. After more than 30 years as a member of the federal and state governments, the 70-year-old has robust affair experience. He lost his job as Minister of Justice in 1999 because of a real estate affair; at the time, he had described his dismissal as “sheep shit”.

The expansion of the investigation to the Christian social veteran Sauter harbors political explosives for CSU boss Markus Söder: After the resignations of Nikolas Löbel, Mark Hauptmann and a party donation affair in Thuringia, politicians of the sister party CDU were the focus of criticism, the focus of the criticism Affair now back to the CSU.

And also in his role as Bavarian Prime Minister, Söder is likely to have questions. For example, how the contract for the delivery of masks to the Bavarian Ministry of Health, drawn up by Sauter – quite privately – came about.

Defeat before the ECJ: Hungary must change the asylum system

Effect of vitamin D not proven

Corona measures in Germany: Federal and state governments are fighting for... 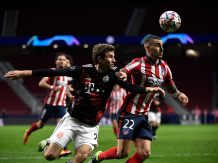 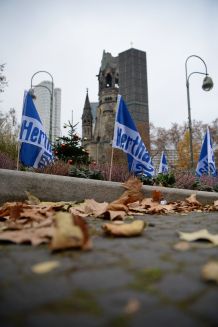 Comment: Flag action before the derby in Berlin: order to whom...