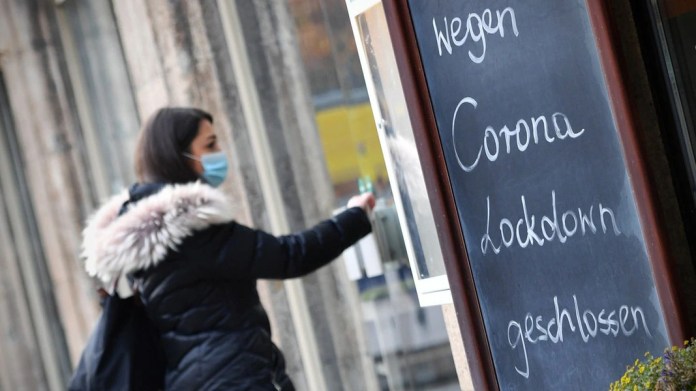 In the live ticker, NDR.de will inform you today – on Sunday, March 28, 2021 – about the consequences of the coronavirus pandemic for Lower Saxony, Schleswig-Holstein, Mecklenburg-Western Pomerania and Hamburg. For reading: the Saturday’s blog.

The updated Corona regulation of the state of Lower Saxony implements what was decided at the federal-state summit. These include night curfews for areas with particularly high incidence levels, stricter contact rules and the ban on “gatherings” over Easter. The new measures will take effect on Monday.

Breaking the third wave: Lower Saxony has presented its new Corona regulation. It is valid from Monday. more

The German Federation of Trade Unions calls for better financial security for short-time workers in Mecklenburg-Western Pomerania. “After many months of short-time work in the sectors particularly affected by the lockdown, we need a minimum net short-time work allowance of 1,200 euros in addition to the restart bonus,” said the deputy chairman of DGB Nord, Ingo Schlueter. In many companies in the areas of gastronomy, trade, security and events, the employees have been on short-time work for months. Some of those affected are forced to apply for Hartz IV benefits.

252 new corona infections have been reported in Hamburg. That is only about half as many as yesterday, but 82 more than on Sunday a week ago. The number is usually lower on Sundays than on other days because there is less testing. According to the social authority, the number of new infections per 100,000 inhabitants within seven days in Hamburg is now 148.4. No other corona-related deaths were reported in Hamburg.

In Lower Saxony, 1,442 further corona infections have been officially registered, as the Ministry of Social Affairs announced in Hanover. Almost 1,600 new cases were reported yesterday, and around 1,200 on Sunday a week ago. According to the information, the nationwide seven-day incidence per 100,000 inhabitants rose to 118 – yesterday the value was 114. The cities of Salzgitter (215.7) and Osnabrück (200.9) and the districts of Emsland (211 , 7) and Cloppenburg (202.1).

To track the level of infection and to better localize corona infections, the Greens in Hamburg want to set up wastewater monitoring. Genetic residues of the coronavirus could be detected in the wastewater. The Green parliamentary group announced that it was possible to draw conclusions about the number of corona cases in the respective catchment area. “An early warning system to identify local corona outbreaks can be another decisive factor in the fight against the pandemic,” said spokesman Johannes Müller. First of all, it is about a central measurement of the overall urban infection situation in the central sewage treatment plant Köhlbrandhöft / Dradenau. In a possible expansion stage, a decentralized measurement should be carried out to protect particularly endangered facilities and to better localize infections. The Greens want to submit a corresponding application at the next citizenship meeting.

Papenburg wants to test an additional 5,000 people every day

Due to the persistently high number of corona infections, the city of Papenburg is starting a corona test week today. In five school auditoriums and gyms, up to 5,000 people can be tested free of charge every day. The Emsland district hopes that this will give the health department a better picture of the chains of infection and identify undetected virus carriers. On Friday, the seven-day incidence in Papenburg was over 500 per 100,000 inhabitants, according to a city spokeswoman. 60 Bundeswehr soldiers are supposed to help with the tests.

The number of infections is skyrocketing. Starting today, the district of Emsland is trying to counteract this with the help of tests. more

Due to the increased number of infections in Germany, there are increasing demands for a tougher procedure. SPD health expert Karl Lauterbach spoke out in favor of curfews in several interviews. In addition, model projects for easing would have to be stopped. After Health Minister Jens Spahn (CDU) had already proposed to shut down social life completely for two weeks, Baden-Württemberg’s Prime Minister Winfried Kretschmann (Greens) said: “From a pandemic point of view, that would be best.” However, you have to weigh up whether it makes sense and is feasible to close everything. Chancellery chief Helge Braun (CDU) called for regional exit restrictions. “If the number of infections rises rapidly parallel to the vaccination, the risk increases that the next virus mutation will become immune to the vaccine,” he told the “Bild am Sonntag”. The next federal-state summit on the corona situation is planned for April 12th – Lauterbach requested an earlier date in the “Tagesspiegel”.

DAK: Women are more affected by mental illness than men

According to a study by the health insurance company DAK, women suffer much more psychologically from the corona crisis than men. “Never before have women in Mecklenburg-Western Pomerania had so many days off work due to mental illnesses as in the Corona year 2020,” said the head of the DAK health in MV, Sabine Hansen. Accordingly, there were 3.06 days of absence per insured woman. That is more than twice as many as for men. “The aim must be to stop the trend and to help those affected with suitable offers and care concepts,” demanded Hansen.

The editor-in-chief of the “Hannoversche Allgemeine Zeitung”, Hendrik Brandt, states in his guest commentary for NDR Info that pandemic fatigue is spreading in Germany. But he also asks whether everything was really good in the “old normal”.

“HAZ” editor-in-chief Hendrik Brandt asks in the NDR Info Wochenkommentar whether everything was really great in the “old” normality. more

In Germany, 17,176 new corona infections were registered within one day, according to the Robert Koch Institute. Yesterday it was a good 20,400, on Sunday last week the number was around 13,700. The number of new infections is usually lower on weekends than the weekly average, because fewer tests are carried out and fewer results are transmitted on the weekends. The nationwide seven-day incidence per 100,000 population rose further to 129.7. Last Sunday the value was 103.9.

In Schleswig-Holstein, 320 new corona infections were reported within one day. A week ago today, there were 305. According to figures from the State Ministry of Health, the seven-day incidence rose to 66.5 new cases per 100,000 inhabitants. The previous day the value was 65.5. According to the information, there were no other deaths among the infected. Currently, 186 people have to be treated in the hospital due to corona, 45 of them in intensive care. By far the worst affected are the districts of Segeberg (incidence 107.2), Pinneberg (104.7) and the city of Flensburg (104.3).

After a phase of slight relaxation in recent weeks, more people are being treated in hospital for Covid-19 again. Thomas Fühner, chief physician and pulmonologist at the Siloah Clinic in Hanover, reports that the patients now increasingly come from the age group 50 to 70, while a decrease in the number of cases has been observed in those over 80 – a consequence of the vaccination campaign, says Fühner.

The Corona ticker starts on Sunday

The NDR.de team wishes you a good morning! Also on Sunday, March 28th, we will keep you up to date on the effects of the coronavirus pandemic in northern Germany. In the live ticker you will find all the important news and also content from the NDR radio and television programs.

The confirmed new corona infections in the north of Saturday: 1,573 in Lower Saxony, 487 in Hamburg, 378 in Schleswig-Holstein, 272 in Mecklenburg-Western Pomerania, 136 in the state of Bremen.

“One Night in Miami”: four legends meet in … 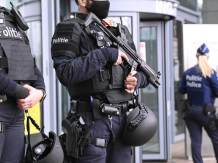