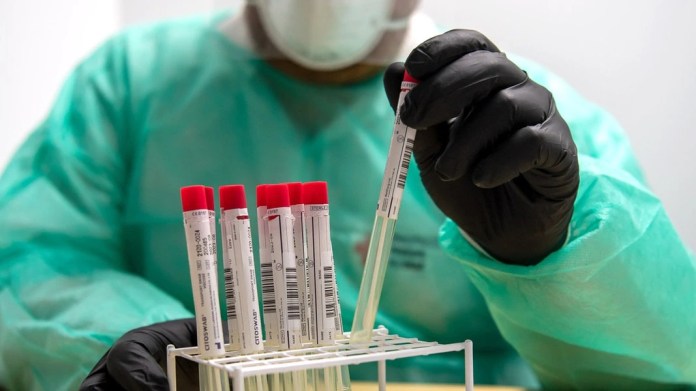 In the live ticker, NDR.de will inform you today – on Saturday, March 27, 2021 – about the consequences of the coronavirus pandemic for Lower Saxony, Schleswig-Holstein, Mecklenburg-Western Pomerania and Hamburg. You can read yesterday’s messages in Friday’s blog read up.

Tables and graphics: This is how the vaccination campaign is going in the north
Map: New infections in the northern German districts

It was a special moment when Chancellor Angela Merkel (CDU) publicly admitted a mistake on Wednesday and asked for forgiveness. She took back the planned Easter rest – and took responsibility for the unsuccessful settlement. That was a moment that other politicians should also take a closer look at, says Daniel Kaiser in his comment.

According to the Robert Koch Institute, 20,472 new corona infections were officially registered in Germany within one day. That is around 1,100 fewer than the day before, but a good 4,400 more than on Saturday a week ago. The nationwide seven-day incidence per 100,000 population continued to rise – to 124.9. The RKI reported 157 other deaths related to Covid 19 disease. On Saturday a week ago, the number of reported deaths was higher – at 207.

The state government in Schwerin discussed the next steps in the Corona crisis with representatives from municipalities, social associations, business and trade unions at the MV summit yesterday evening. The talks were interrupted in the late evening and are due to resume this afternoon. The number of corona infections in the northeast has risen sharply in the past few days, on Friday, according to the State Office for Health and Social Affairs (Lagus), the nationwide 7-day incidence value of 100 was exceeded. According to the federal-state resolution, stricter measures are to be implemented if this value is exceeded three days in a row, which now threatens at the weekend. On the other hand, the economy is pushing for easing steps or at least a perspective as to when more is possible again. The focus is particularly on gastronomy and the hotel industry, which are important branches of the economy in the state of Mecklenburg-Western Pomerania.

The deliberations of the state government with municipalities, associations and the economy had to be interrupted yesterday. more

New vaccination appointments can be booked in Schleswig-Holstein today

From 11 a.m., 16,800 people in Schleswig-Holstein can book appointments for vaccination with the mRNA vaccines from Biontech-Pfizer and Moderna via the online platform www.impfen-sh.de. According to the SH Ministry of Health, these take place exclusively in the vaccination centers in Bad Schwartau, Bad Oldesloe, Gettorf, Norderbrarup, Prisdorf and Elmshorn. Before the start of the allocation process, a waiting area is set up on the website – anyone who has accessed this before the start of the appointment allocation will then be allocated a waiting place. The new dates have become free because the country now wants to put back less vaccine and there was still capacity in the vaccination centers. People aged 70 and over, with previous illnesses, in professions with a high risk of infection or contact persons for pregnant women and those in need of care are eligible.

Model project: Volkstheater Rostock plays in front of an audience

After a month-long break, the actors played again in front of an audience at the Rostock Volkstheater on Friday evening. As part of a model project during the Corona crisis, they showed the play “Youth without God”. Over 100 spectators saw the production by director Daniel Pfluger based on the novel by Ödön von Horváth. This was made possible by a pilot project by the city of Rostock, in which individual events are carried out on a test basis. People who live in regions with a corona incidence below 50 could register on the waiting list for the performance. Entry into the Volkstheater was only possible with a negative rapid test. In addition, the audience in the hall sat at great distances from each other and had to wear protective medical masks throughout the evening. As part of the model project, the Volkstheater will show the dance theater “Life Letters 2” with stories from migrant women in front of spectators this Saturday. It is still unclear whether further such performances can follow soon, said director Ralph Reichel on Friday evening.

The Volkstheater celebrated the premiere of “Jugend ohne Gott” on Friday evening in front of 102 spectators. more

The seven-day incidence for children and adolescents aged 14 and under in the north has doubled in the past four weeks. However, experts do not see schools as a source of infection. Children would be infected especially in private.

In Schleswig-Holstein the seven-day incidence per 100,000 inhabitants rose again. It is now 65.5, according to data from the Ministry of Health in Kiel. 378 new corona infections were registered. A week ago there were 276. The number of deaths rose by three – to 1,426. 188 corona patients were treated in the hospital, 46 of them in intensive care, 26 were ventilated.

The Corona ticker starts on Saturday

The NDR.de team wishes you a good morning! Today, Saturday, March 27th, we will keep you up to date on the effects of the coronavirus pandemic in northern Germany. In the live ticker you will find all the important news and also content from the NDR radio and television programs.

The confirmed new corona infections in the north of Friday: 2,213 in Lower Saxony, 543 in Hamburg, 365 in Schleswig-Holstein, 345 in Mecklenburg-Western Pomerania and 174 in the state of Bremen.

Huge whale carcass discovered in the Mediterranean Sea – experts are...

Roger Federer is expanding his brand empire – and has a...