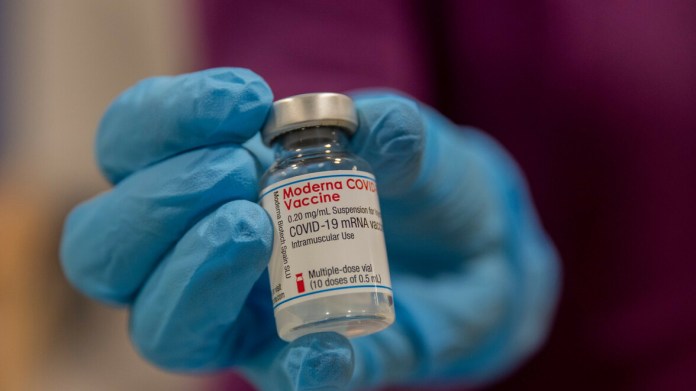 The corona numbers in Germany are currently increasing again very sharply. The heights as in December and January have still been reached when looking at the im RKI dashboard published case numbers like incidence and New infections Record values ​​were reached. Nevertheless, virologists and politicians expect very high rates, especially with a view to the spread of coronavirus mutations Corona numbers in Germany at Easter or in the days and weeks after. Against the background, the interesting question will be how the withdrawal of the “rest days” from Maundy Thursday, Good Friday to Easter Monday will affect the medium term.

For now, however, the focus is on them current corona numbers for Germany. How high are they Case numbers according to the RKI dashboard with incidence and new infections today, on Saturday, March 27th, 2021?

Corona numbers for Germany, USA and Co .: The number of cases from Johns Hopkins University

The three hardest hit countries are:

RKI case numbers according to the dashboard: Current corona numbers and incidence for the districts in Germany

According to its own information on its homepage, the Robert Koch Institute is “the Public Health Institute for Germany”. The team at the institute would like to protect the population in Germany from diseases and improve their state of health. It consists of 1100 people with 90 different professions.
The RKI dashboard provides the new case numbers daily during the corona pandemic – for the entire Federal Republic, the federal states, but also the districts below. Among other things, it shows the number of new infections, deaths and recoveries. You can find the dashboard here.

Third wave warning: could “get worse”

Federal Minister of Health Jens Spahn warned on Friday that if the number of corona cases continued to rise unchecked, Germany would run “the risk that our health system will reach its limits in April”. RKI President Lothar Wieler, said there were “clear signals” that the third corona wave that has now started “can become even worse than the first two waves”.

Since the beginning of the corona pandemic, case numbers have been published every day to trace the course. Here is an explanation of what numbers mean what.

The reproduction number – or R-value for short – describes how many people an infected person infects during their illness. If the number is above one, a disease is spreading more and more in the population. The further it moves away from one, the faster and more threatening the trend is. However, this is always only a general, nationwide assessment of the situation.

The R-value alone does not necessarily say anything about the drama of the entire development. It only results from the combination with the number of daily or weekly new infections. The reason is simple: with the same R value, it makes a huge difference whether there are 50,000 infections a day or a few hundred. Theoretically, the spread dynamics are the same, but in the case of the higher numbers, the sheer mass alone puts a greater burden on the capacities of the health systems.

In Germany, the number of new infections every day is now between 12,000 and 30,000 cases. That is an extreme increase in a relatively short period of time. At the beginning of October, according to the RKI, the number of new cases reported every day was only between 1,000 and 4,000. In other European countries, the development is even more dramatic.

The so-called seven-day incidence is a key benchmark for assessing the infection dynamics in a certain area and deciding on countermeasures. In Germany, it is recorded at community or district level and expresses how many new infections per 100,000 inhabitants were registered in the past seven days.

Behind this, however, there are regionally different trends. An incidence value of 50 was introduced in Germany as an essential threshold for the introduction of stricter containment measures, but this has now been significantly exceeded almost everywhere.

Ultimately, the number of cases alone does not determine how well a country can cope with the pandemic. Rather, it is of decisive importance whether the health system has sufficient capacity to treat the sick. That is why experts and politicians are observing very closely how the number of severe cases and the number of available treatment places is developing.

The number is also an important benchmark when deciding on containment measures for another reason: There is no unreported number. In contrast to the number of reports on infections, which are also influenced by test strategies, there is no “underreporting” of artificially ventilated intensive care patients in hospitals. However, there is a time delay of two weeks. This is how long it takes after an infection for severe disease to develop. The number of intensive care patients lags behind the infection dynamics.

Union fans celebrate with fireworks in front of the stadium –...

Who Needs the Galaxy S21? This Samsung smartphone is the...

The new corona vaccines can do that

William and Kate are especially looking forward to this at Christmas

Accident in Holland: Airplane parts fall from the sky – two...