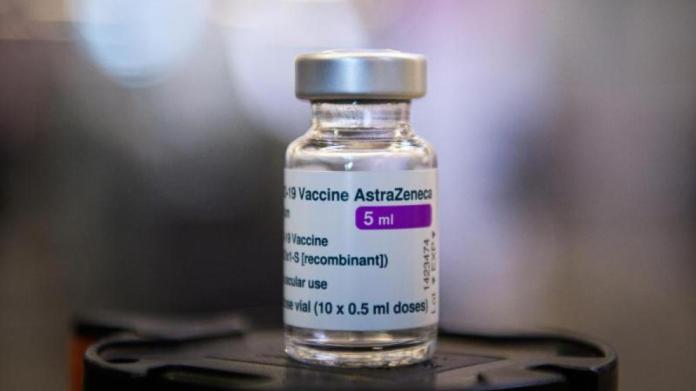 Exclusive
The next setback for the German vaccination campaign: For younger men and women, vaccination with the active ingredient from AstraZeneca should only be possible at the discretion of a doctor.

Another serious setback for the vaccination campaign in Germany: The heavily controversial AstraZeneca serum is generally only to be used for people aged 60 and over. This was decided by the federal and state health ministers in the evening. There is currently a switching conference between the Chancellor Angela Merkel, Federal Minister of Health Jens Spahn and the prime minister.

The decision was based on a recommendation from the Standing Vaccination Commission. Our editorial team first reported on a corresponding resolution paper. According to the agreement of the health ministers, those under 60 years of age from prioritization groups 1 and 2 should still be able to be vaccinated with AstraZeneca “at the discretion of the doctor and in the case of an individual risk analysis after careful explanation”.

Stiko: The interval between vaccinations is to be extended

In addition, the Vaccination Commission recommends extending the interval between vaccinations and the second dose of Biontech by three weeks and for Moderna from four to six weeks. AstraZeneca should generally be twelve weeks apart. At first it was unclear what the new development means for under 60-year-olds who have already received the first vaccination and are still waiting for the second dose.

Several federal states had previously announced that they would suspend vaccinations with AstraZeneca for people under 60 for the time being, after there are now 31 cases of suspected dangerous brain thrombosis as a result of corona vaccination. The Standing Vaccination Commission speaks of the occurrence of “rare but very severe thromboembolic side effects”.

Bavaria Prime Minister Markus Söder now proposes to completely resolve the vaccination sequence for the vaccine: “At some point you will have to operate at AstraZeneca with a lot of freedom and have to say: Whoever wants to and who dares, should also have the opportunity.” as most would have hoped, said Söder. “At AstraZeneca we can expect some new problem every day.”

Despite the AstraZeneca setback: Söder wants to accelerate the vaccination rate

In the Free State, Söder still wants to significantly accelerate the vaccination rate through more flexible rules and the involvement of general practitioners and specialists. By the beginning of May around 20 percent of the population should get at least one vaccination, he announced after a “vaccination summit” in Munich. Around eleven percent of citizens in Bavaria are currently vaccinated. Söder now wants, among other things, to dissolve the “emergency reserve” held back for a safe second vaccination.

So far, he says, around 2.7 million vaccine doses have been delivered to the Free State, but only 2.2 million have been vaccinated. If enough vaccine is available, vaccinations will be carried out around the clock, promised Söder. The vaccination centers should also remain in operation over the Easter holidays: “There is no Easter rest for vaccination.”

With immediate effect, around 33,000 vaccine doses are to be vaccinated in 1635 medical practices in Bavaria. From April 5, this system will then be “rolled out in all medical practices,” said Söder. At the beginning of May, the company doctors should also start vaccinations. At the start of the practice vaccinations, the Bavarian Association of General Practitioners asked patients to be patient until they were asked to vaccinate: “Wait until your general practitioner contacts you.”

Berlin: car in Lichterfelde is on fire