In Germany, the vaccination campaign is slowly starting. From Israel, on the other hand, there are the first videos of people who are allowed to go back to bars and cafes. How the countries of the world vaccinate against the coronavirus. An overview.

So far, more than three million people in Poland have been vaccinated against Corona. Like Germany, the country has precisely defined the sequence of vaccinations, from old to young, from “systemically relevant” to employees in industries that had to be closed due to Corona. There is criticism of the slow vaccination rate as well as the sometimes chaotic appointments, when some retirees got a vaccination appointment hundreds of kilometers from their place of residence and could not change it.

The vaccination campaign in Germany’s neighboring country got off to a slow start. At the moment, anyone over the age of 70 can register for an appointment online. However, a few cases have come to light of politicians, officials and celebrities who have already been vaccinated out of turn. Police officers, firefighters and teachers have now officially been given priority.

In Austria, contrary to the usual first ranking of the very elderly and health workers in the Tyrolean district of Schwaz, there was a mass vaccination among all residents within a few days. This was intended to combat the more contagious South Africa variant of the corona virus. In addition, in February Austria began vaccinating teachers and kindergarten teachers. That’s because AstraZeneca’s vaccine wasn’t recommended for people over 65 until early March, so it was used for younger groups first.

Like Germany, France is betting on vaccinating the oldest and the weakest first. However, the country has shown itself to be quite flexible and regularly adjusted the order of those entitled to vaccinate. Vaccinations were quickly approved for health workers as well. People over 50 years of age with previous illnesses are also eligible for vaccination. The government has endeavored to promote the vaccination campaign, and general practitioners are also vaccinated.

The Netherlands was the last country in the EU to start vaccinating. In the meantime, there has been a lot of catching up to do, and a strict timetable actually applies, in which risk groups such as the elderly and the chronically ill should be vaccinated first. However, this sequence was not strictly adhered to, in between other groups such as hospital staff and general practitioners also received a vaccine. Meanwhile, people who were extremely overweight were preferred.

In a European comparison, Denmark has so far administered more vaccinations than almost any other country. The most important groups are said to have been vaccinated by the beginning of April. In short, Denmark has set two premises in the vaccination campaign: those at greatest risk of developing a serious illness first, and as many people as possible in the shortest possible time.

The official vaccination plans of the three Baltic states provide this sequence: First, medical personnel as well as residents and employees of care facilities are vaccinated. Priority is also given to all people over the age of 70 and the chronically ill. All three states want to speed up vaccination, but the vaccine is in short supply. Latvia, for example, relied primarily on the AstraZeneca vaccine and had ordered fewer other drugs. As a result, so far only around four percent of Latvia’s 1.9 million inhabitants have received protection against the coronavirus. In Estonia and Lithuania, the vaccination rate is more than ten percent each.

At the end of 2020, the government of Slovakia set an order according to which health system employees in particular should be vaccinated first. In addition, employees in system-relevant areas, which are indispensable for the functioning of the state and the economy, should have their say before the oldest population groups and risk patients. However, that led to chaos. Therefore, the Ministry of Health finally overturned the complicated vaccination plan and decided from March that vaccination should now be based on age. The Russian vaccine Sputnik V, which has not yet been approved in the EU, is now also being vaccinated in Slovakia.

In principle there is a fixed sequence, but some of the vaccinations are administered by general practitioners in their practices. They have more or less a free hand if they have doses left over because, for example, booked patients do not appear.

On February 19, Bulgaria accelerated its vaccination campaign by opening “green corridors” for those willing to vaccinate in parallel to the five-phase plan. These were intended for people who are not covered by the vaccination schedule according to occupational group and age or who are only taken later. The “Green Corridors” are currently temporarily closed due to the vaccination ban for AstraZeneca doses. Employees of the electoral authorities are now being vaccinated as a matter of priority, as a new parliament is to be elected in Bulgaria on April 4th. So far, around 346,000 vaccine doses have been administered in the country of 6.9 million people.

The government under Mario Draghi recently sharpened its plan for the vaccination campaign. By September this year, more than 80 percent of the population should be vaccinated. In addition, a military-run vaccination drive-in recently opened in Milan. However, the government wants to offer vaccinations at other points such as sports facilities or schools.

The vaccination strategy and speed in Spain is similar to that in Germany. First of all, the very elderly, residents of old people’s homes and their nursing staff as well as doctors and nurses in intensive care units were vaccinated. This first of three phases is now drawing to a close. Then younger people are vaccinated. Since the start of the vaccination campaign in Spain with a population of 47 million, almost six million people have been vaccinated against Corona. Almost 1.9 million of them have already received the second dose, the government said.

In addition to western vaccines, the country uses the Chinese vaccine Sinopharm and Sputnik V on a large scale. There is an order, but apparently also vaccine surpluses. So recently “campaigns” were started, where in certain cities everybody over 60, and later also younger ones, could get a turn on certain days.

In the UK, vaccination is mainly based on age. More than 25 million people have now received their first vaccination against the coronavirus. That’s almost half of the adult population. In the meantime, everyone over the age of 50 is also called upon to get vaccinated. This means that the government is well ahead of its own schedule of offering this age group a first dose by mid-April. All adults should have the opportunity until the end of July.

In the largest country in the world in terms of area, almost everyone can now be vaccinated. In the capital Moscow, for example, this often works smoothly and sometimes even without prior notice. The problem in Russia is different: According to surveys, many Russians do not even want to be vaccinated with the national preparation Sputnik V.

In the small country there was a clear vaccination sequence, but it was not followed very strictly. When there were left over doses of vaccines, they were often given to whoever was ready. But there was also some criticism of vaccine pushers. Overall, Israel is a prime example of flexibility with its vaccination campaign. It was vaccinated using mobile units, vaccination drive-ins, at work or in bars. That is why the vaccination campaign is now very advanced.

Here, a good half of the ten million inhabitants have now received a vaccination. Older and chronically ill people are prioritized – 70 percent of these groups have already been vaccinated. In addition to citizens, foreign migrant workers can also be vaccinated.

South Korea didn’t start vaccinating until late February. By the end of March, just under 680,000 people in the country of around 51.3 million people had been vaccinated. As in other countries, certain professional groups such as nurses and doctors as well as older people have priority. Twelve million people are said to have been vaccinated by the end of June, and in November South Korea wants to achieve “herd immunity” with a vaccination rate of 70 percent. So far, only the vaccines from AstraZeneca and Biontech / Pfizer have been approved.

In India, the vaccination sequence is kept very clearly – even though the country has a lot of vaccine. At first, only health workers and other “systemically important” people such as police officers were allowed to vaccinate. In the meantime, people over 60 years of age and risk patients over 45 years of age can also be vaccinated. At the same time, the country says it has exported almost 60 million doses of vaccine – almost 30 million have been administered in the country itself.

The administration of US President Joe Biden has promised to have enough vaccine for all approximately 260 million adults in the United States by the end of May. In the United States, the CDC recommends a specific sequence for vaccinations: medical workers and people in nursing homes come first, then key systemic workers and people over 75, followed by younger seniors and the sick. However, Biden announced he would instruct states to clear the vaccines to all adults by May 1 at the latest. In total, more than 113 million doses of corona vaccine had been administered as of Wednesday. More than 73 million people have already received at least one dose, around 40 million are already fully vaccinated. A total of around 330 million people live in the USA. This makes the USA one of the ten most vaccinated countries in the world.

Mexico was the first country in Latin America to start its vaccination campaign on Christmas Eve. Almost three months later, only around 4.5 million doses have been administered and around 600,000 people have been fully vaccinated. Mexico had already secured subscription rights for a total of up to 146 million doses of three vaccines in October. Five vaccines have now been approved there, including two Chinese and the Russian vaccine Sputnik V. Many wealthy Mexicans have reportedly traveled to the United States to be vaccinated.

In Latin America, Chile is the furthest advanced with its vaccination campaign. Over five million of the 19 million Chileans have already been vaccinated. The health authorities follow a vaccination plan according to which the chronically ill and people over 60 years of age, then doctors and nurses, and later employees from essential sectors such as disaster control, the military, the police and the fire service, are vaccinated.

The largest country in South America is now considered a global hotspot for the corona pandemic. An aggressive and highly contagious mutant is rampant here. The health system is about to collapse. In addition, the country has a president, right-wing populist Jair Bolsonaro, who is constantly playing down the coronavirus and is now questioning vaccination – and torpedoing the purchase or production of vaccines. The nationwide vaccination campaign only began in January and always had to be interrupted because there was no vaccine. More than ten million of the 210 million people in Brazil have now been vaccinated.

Finally! November aid should flow from next week – BZ... 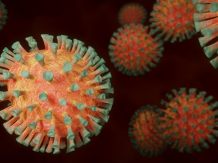 Weather in Germany: rain and snow but little sunshine