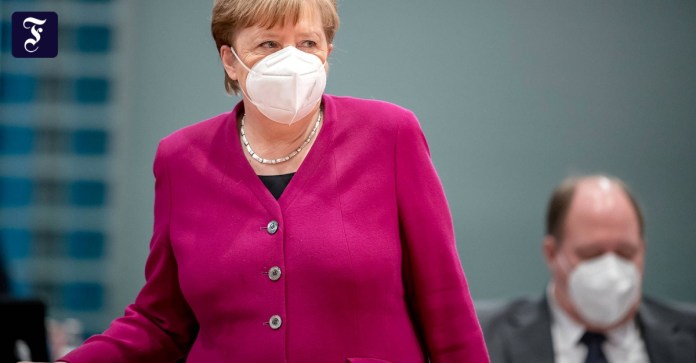 KThe Infection Protection Act has therefore been changed, and reality has already overtaken it. The resolutions of the Prime Ministers and the Chancellor mean a complicated addition to the incidence values, which were anchored there as fixed and isolated values ​​just a few weeks ago. Neither the 35 nor the 50 are suitable in a mixture of vaccinations, tests and mutants alone for orientation in a society whose goal cannot be the virus-free state.

So now the tools come to the fore that a one-sided lockdown philosophy had lost sight of for too long. Instead of struggling for months with lateral thinkers and guardians of the grail of misunderstood freedoms, the past year could have been used more sensibly. Testing, tracking and vaccination capabilities have all been improved. But other countries are ahead in every respect.

Reacting is not governing

Angela Merkel and the prime ministers also had to react to public pressure on Wednesday because they had relied on just that: to react. Even the discovery of the test possibilities came late. However, they have been falling behind particularly blatantly since the German vaccination campaign managed to exacerbate the shortage of vaccines through slow-moving goods. An absurd spectacle.

Only now is there a hesitant reaction. However, much remains unclear what new working groups will have to deal with. It cannot be more clearly revealed how little is thought and, above all, acted beyond the day. As in the protracted protection of old people’s and nursing homes, this shows an organizational self-blockade, which is perceived as bureaucratic stubbornness and reluctance to take responsibility. Obviously, no round of chancellors can change that.

The top guideline for the most recent resolutions remains the difficult to assess risk that, despite the vaccinations, the number of infections could increase dynamically and the hospitals could become overloaded. The further the vaccinations progress and rapid tests are part of everyday life, the less it is possible to win the trust of citizens with fear and square meter politics.

Even if things cannot be trivial in this situation: The five-step plan on which the resolutions of Wednesday are based is too complicated for that – special routes of the federal states that do not fail will not make it any easier. It is to be hoped that the administrations in the municipalities will keep track of things. In the coming weeks, however, ordinary people will surf the Internet, drive into the city center or through the industrial areas to see what is currently open and what is not. Only at Easter will you see a little more clearly.

Did the Capitol mob have more planned than a little chaos?

The makers of the jailbreak app store Cydia are suing Apple

Below the Levante: Maserati Grecale – first pictures of the SUV

US election: Mike Pence can only be a Master of Ceremonies...