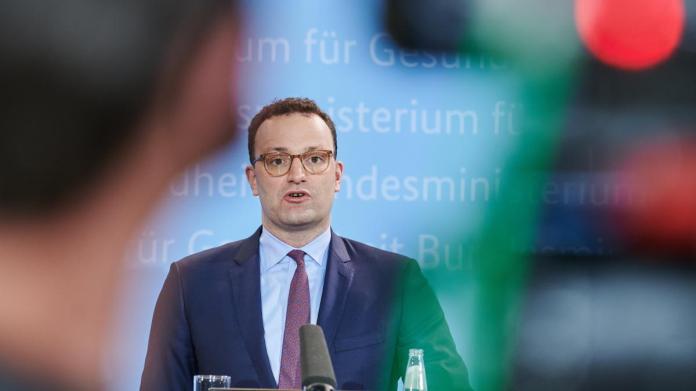 In view of the increasing numbers, Health Minister Jens Spahn warns of the consequences of the third corona wave. The intensive care units were filling up again, including a few elderly people. But there is also hope – in a few weeks, a six-digit number of doctors’ practices should vaccinate.

WA few days before Easter, Federal Health Minister Jens Spahn (CDU) got people in Germany in the mood for the continuation of the corona lockdown beyond the holidays. “If we take the numbers, we need another ten or 14 days to shut down our contacts and mobility properly,” said the minister on Saturday at a discussion group broadcast on the Internet.

This is a lockdown, “as we saw it at Easter last year,” said the minister. Family in a large circle “just doesn’t work this year”. If the third wave of infections can be broken, then opening steps, accompanied by tests, are possible. “There are already models that show that it works,” said Spahn, referring to the example of Tübingen, where there are opening steps, flanked by tests.

The prerequisite is “that we get the infection process under control,” added Spahn. The Robert Koch Institute reported 20,472 new infections on Saturday, 4,000 more than a week ago. The seven-day incidence rose to 124.9.

There is a lack of tests everywhere

With a view to the infection process, Spahn warned that the intensive care units were currently filling up again with Covid 19 patients. But there are fewer older people among them. “You can see that vaccination works.” Nevertheless, more weeks have to be bridged. “It can be very, very difficult again, far beyond the load limit, if we don’t break this wave,” he warned.

Spahn was confident about the progress of the vaccination campaign. For April 15 million vaccine doses are expected, in the entire first quarter there were a total of 19 million. The family doctors would now be included first, then the company doctors could also be called in. Spahn assumes that 80,000 to 100,000 medical practices could administer coronavirus vaccinations in late April or early May.

The Minister of Health also defended the adherence to vaccination prioritization. It would not be right to start vaccinating the younger ones until the older ones have been vaccinated. “It saves lives, it is not a bureaucracy,” said the minister. He also defended the decision to suspend AstraZeneca’s vaccine after reports of multiple cases of cerebral vein thrombosis. One had to rule out that the vaccine or even just a certain batch caused problems.

“The bells ring when it is necessary”

The President of the Paul Ehrlich Institute (PEI), Klaus Cichutek, emphasized that the institute is monitoring any side effects after Covid-19 vaccinations very carefully. “The bells ring when it is necessary,” emphasized Cichutek, referring to the temporary suspension of vaccinations with the AstraZeneca preparation.

He also sees the ongoing testing of new Covid-19 vaccines with hope. The European approval authority EMA is currently examining three further preparations in a “rolling review process”, said Cichutek on Saturday at the online discussion event. These are an mRNA vaccine from the Tübingen company Curevac, the Russian preparation Sputnik V and a vaccine from the Novovax company.

In the rolling review process, test results are already checked, even if not all of the results are available. Spahn added that the vaccine from Johnson & Johnson, which has already been approved, will probably be used from mid-April, albeit initially in small quantities.

Desert power from the Sahara: Will Desertec be implemented?

Duds in Hanover: evacuation from this afternoon | NDR.de –...