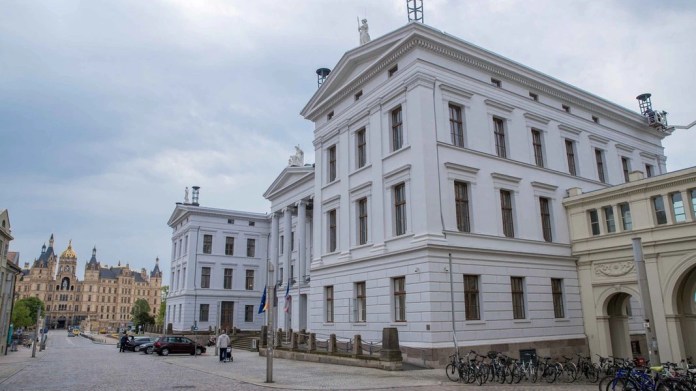 The most important resolutions of the MV summit on Saturday are:

If the corona infections are not locally limited, exit restrictions are to be introduced in areas with an incidence of over 100 at night, said Prime Minister Manuela Schwesig (SPD) after the MV summit. It is important to contain the infection process in private. Between 9 p.m. and 6 a.m., people should only leave their apartment or house with a valid reason if the responsible district administrator or mayor so orders.

On the other hand, the country wants to use more rapid corona tests to enable shops with “Click & Meet” to stay open or to reopen quickly. According to the old strategy, the country should have pulled the “emergency brake” because of the high incidence, said Schwesig. One wanted to avoid this. Further openings for gastronomy and tourism are not possible because of the worrying infection situation.

From next Wednesday onwards, visiting the hairdresser in Mecklenburg-Western Pomerania will only be possible with a negative corona rapid test. From April 6th, a negative test must also be shown when shopping, as Schwesig said. In Rostock this should only apply from April 10th. The state government wants to ensure that the options for being tested for Corona free of charge are expanded. In the future, day-care centers and schools will test twice a week. The country will buy two million additional corona tests.

In addition, the economy has committed itself to offering more tests for its employees. In the coming week it will be clarified how tests carried out in the company can also be accepted outside the work area. The managing director of the Association of Business Associations, Sven Müller, emphasized that small companies in particular can only offer tests for their employees if the logistics are right. He also warned of the additional aid that the federal government had promised last Monday for all the industries that cannot yet open.

Additional restrictions from an incidence of 150

In regions of Mecklenburg-Western Pomerania with a seven-day incidence of more than 150, there should be additional restrictions against the background of the corona pandemic. These include closings of zoos, animal parks, museums and driving schools, as can be seen from the decision paper of the Corona summit.

Locals can go on excursions within MV

Tourist trips or day trips to Mecklenburg-Western Pomerania are still not possible. According to Schwesig, locals can of course go on excursions within the country – even at Easter. As a contact restriction, a maximum of five people from two different households are allowed to meet.

The number of new corona infections has risen sharply in the northeast this week. More than 300 new infections were recently reported on several days. The nationwide incidence value climbed to more than 100. In the meantime, none of the two independent cities or none of the six rural districts are below the important threshold of 50.

Matthias Walkner: Happy ending for Salzburg at the Dakar Rally

Seehofer warns against loosening too quickly – Germany and worldwide

Tennis: Thiem is confident of preparation